Here in the UK Google has just shipped out the first batch of Google Home Mini smart speakers, and we’ve just received ours for review. Keep reading for unboxing photos and first impressions.

Google entered the smart speaker space with the original Google Home, a device that was designed to tackle the Amazon Alexa but as Amazon went and created the smaller Dot Google followed suit with the compact Google Home Mini. 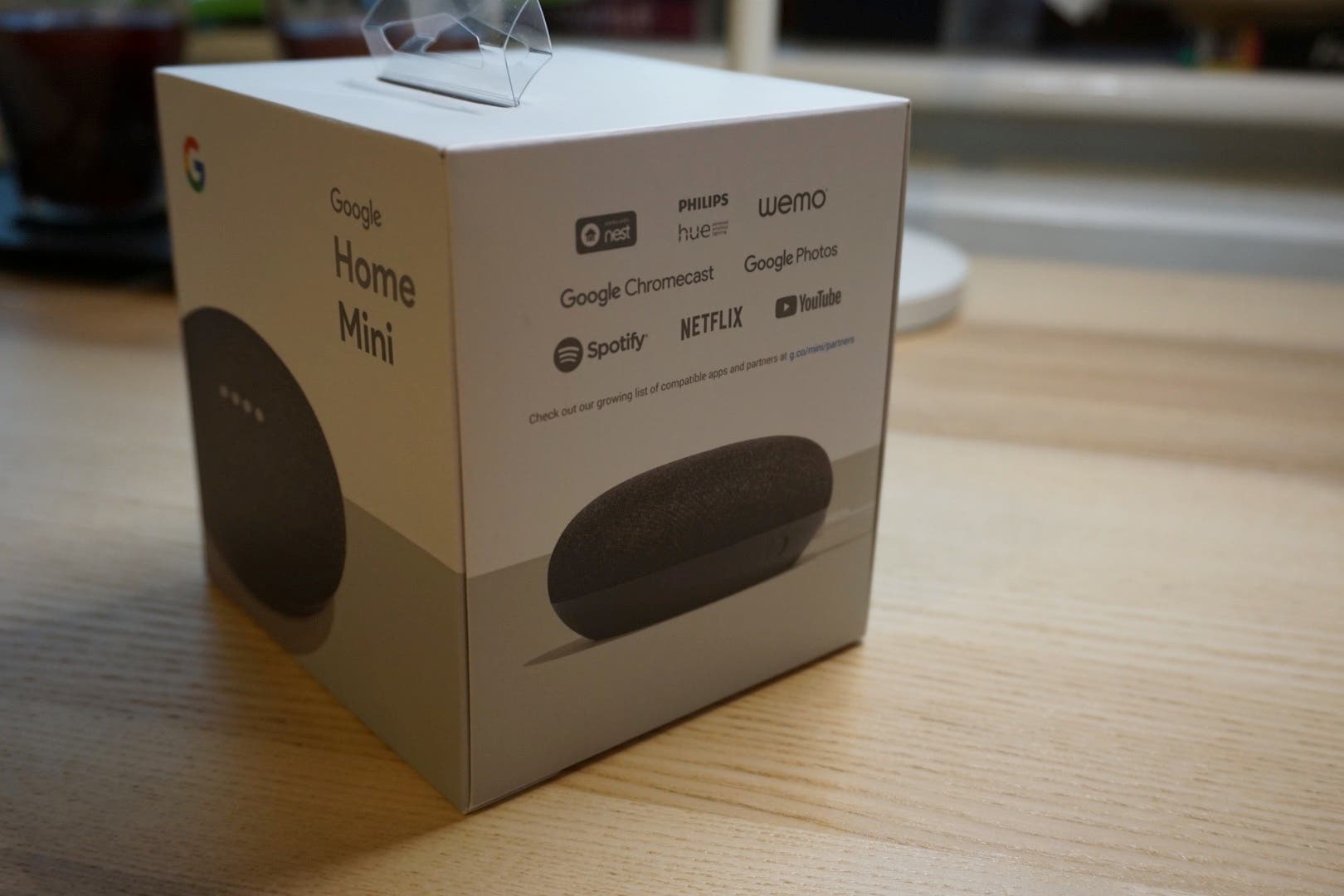 The Google Home Mini was announced during the Pixel 2 announcement, and in actual fact was joined at the launch by a larger smart speaker with beefier audio capabilities, but it’s the affordable Google Home Mini that we’re interested in today so let’s take a look at it. 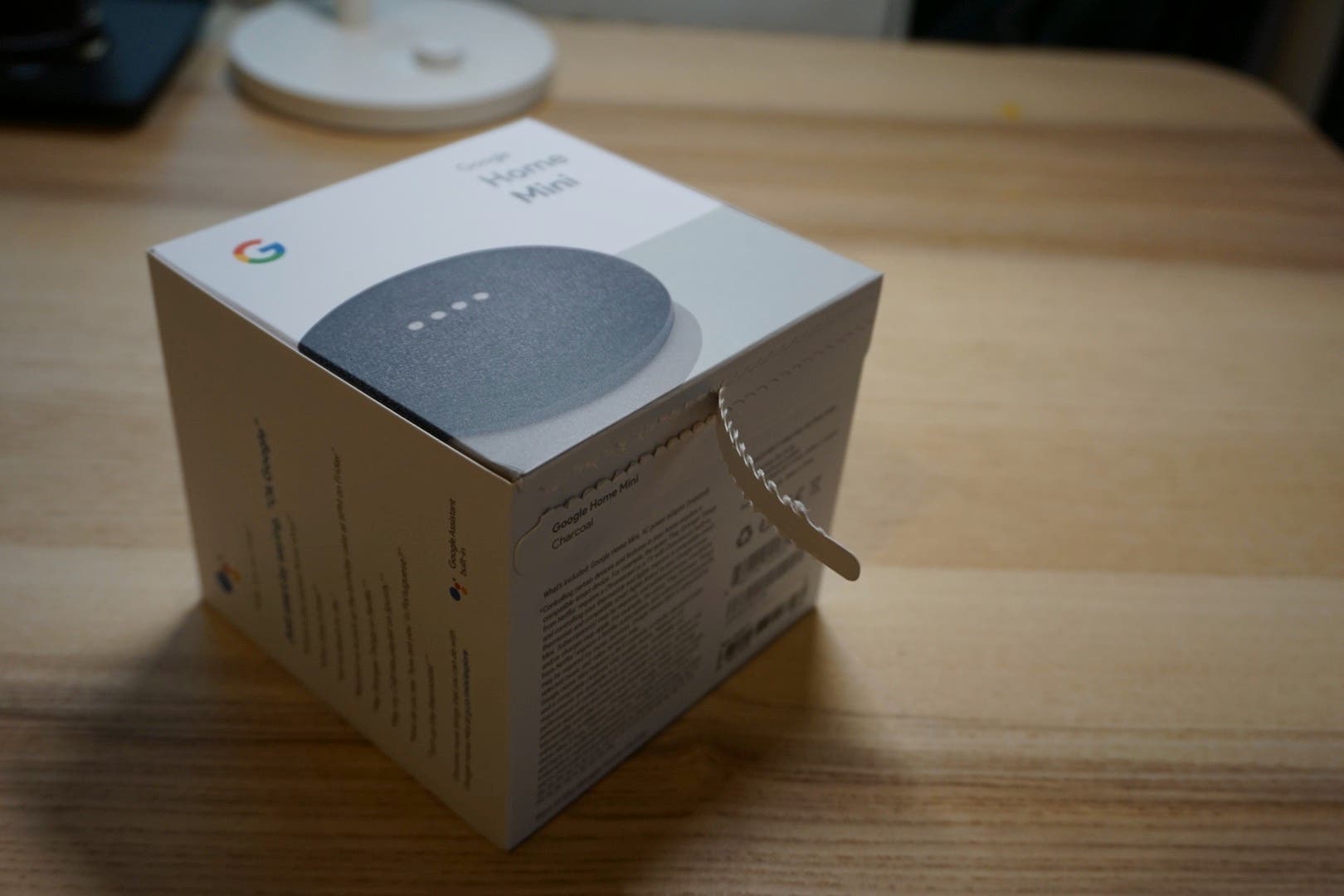 Google has given the Mini seriously competitive pricing and at just £49 (in the UK) the cost is small enough to buy one to experiment with. They’re also cheap enough and small enough to own more than one and place them around your home. 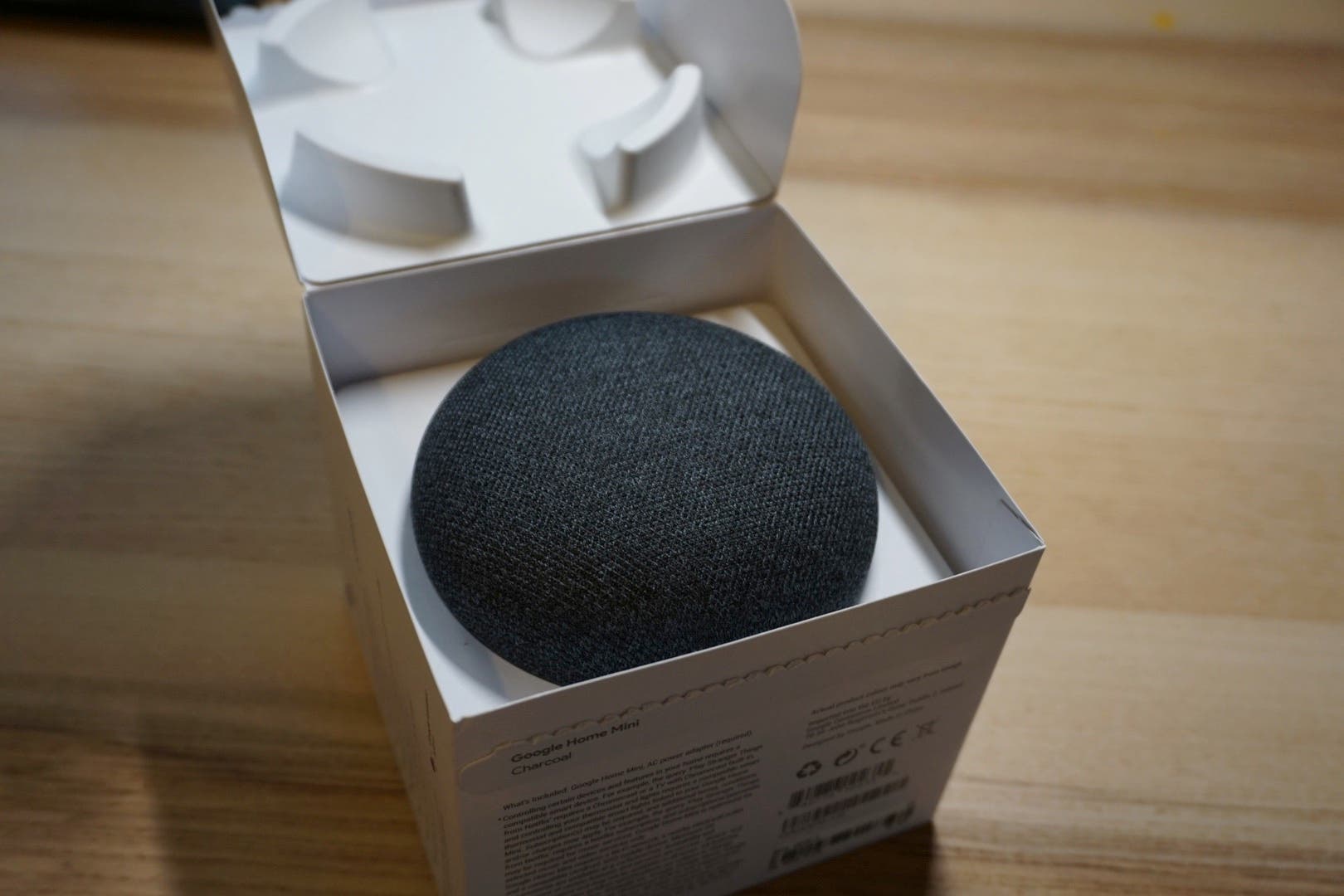 3 colour options are available at the time of writing including white, coral, and charcoal, the colour that I chose for my own device. The simple little speaker comes in a small cube box that includes the speaker, some quick start instruction cards, and a mains power adapter. 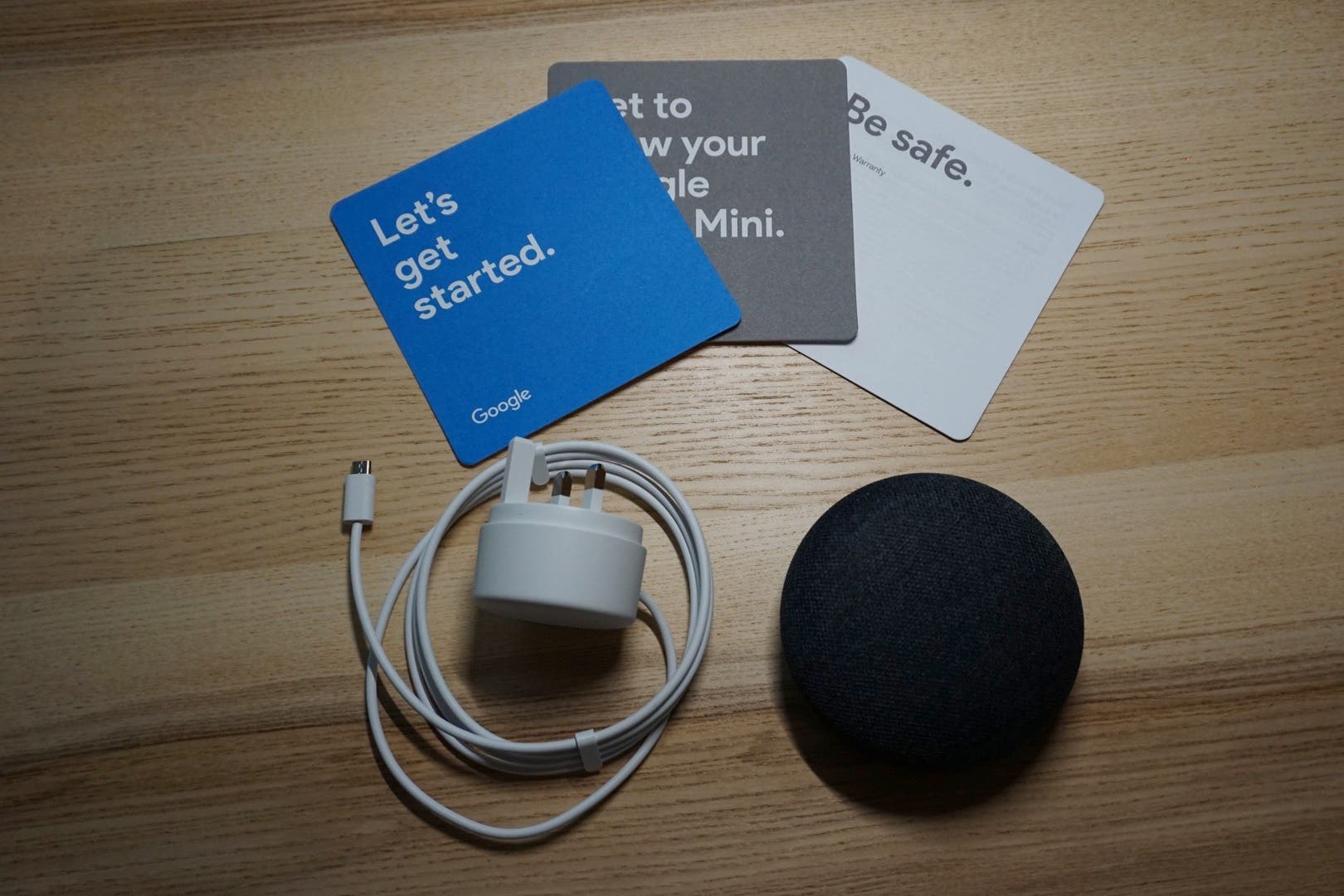 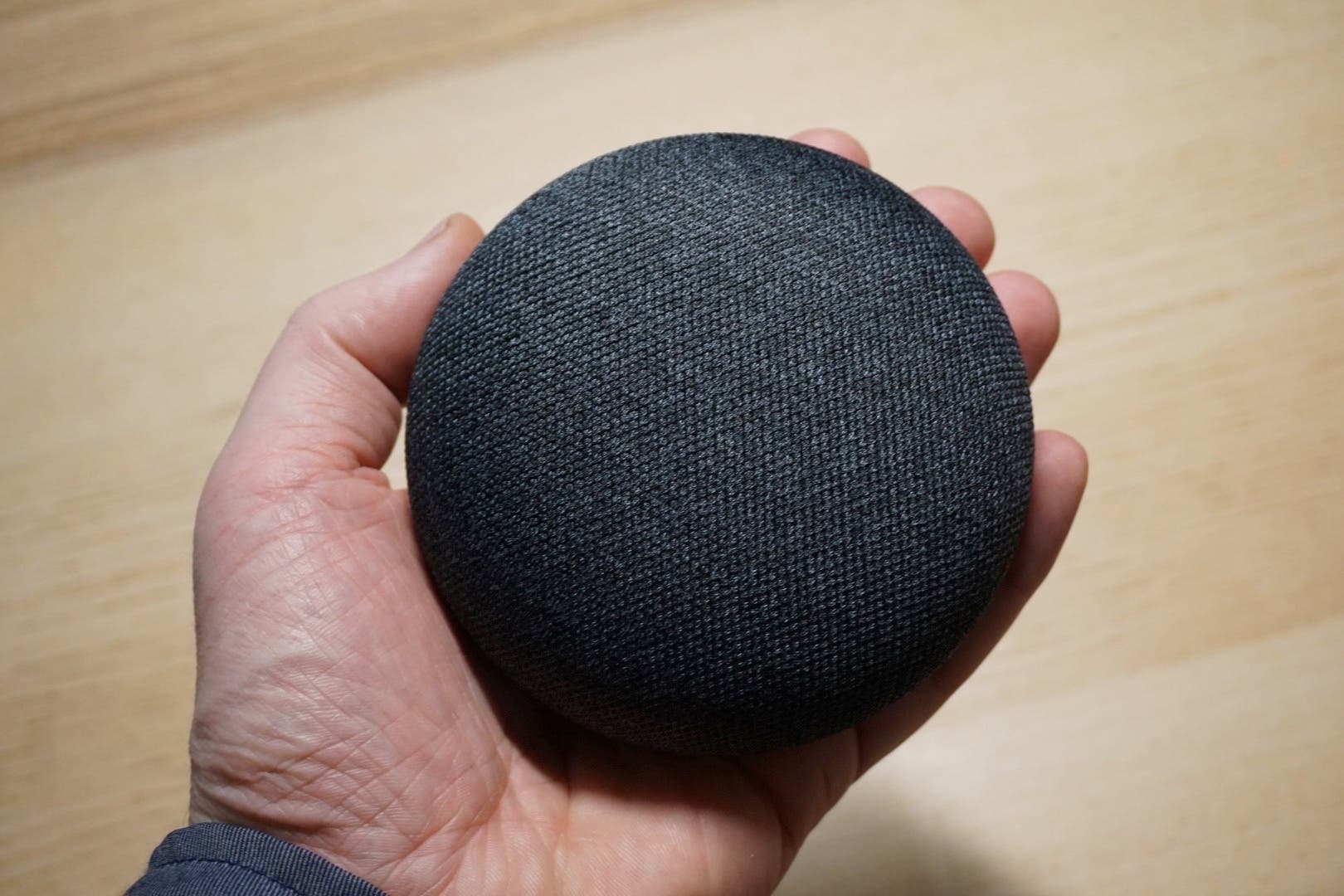 The circular speaker itself is palm sized with an attractive material speaker top connected to a plastic lower. 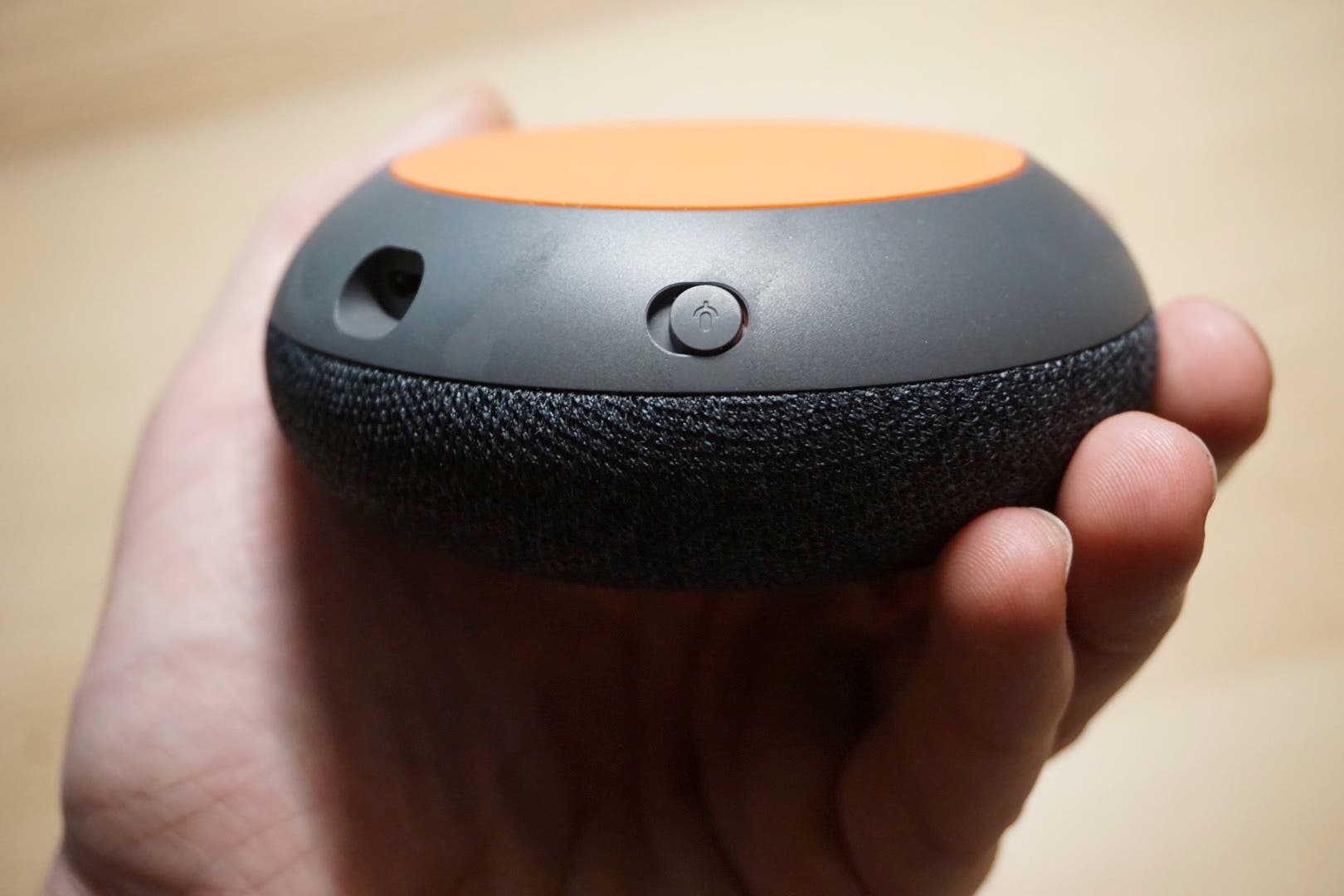 The lower has a single switch that allows you to turn the microphone off, so if you do feel paranoid about a speaker listening in on your conversations you do have the option to switch it off. The only other item to note on the base is the mini USB port for the power cable. 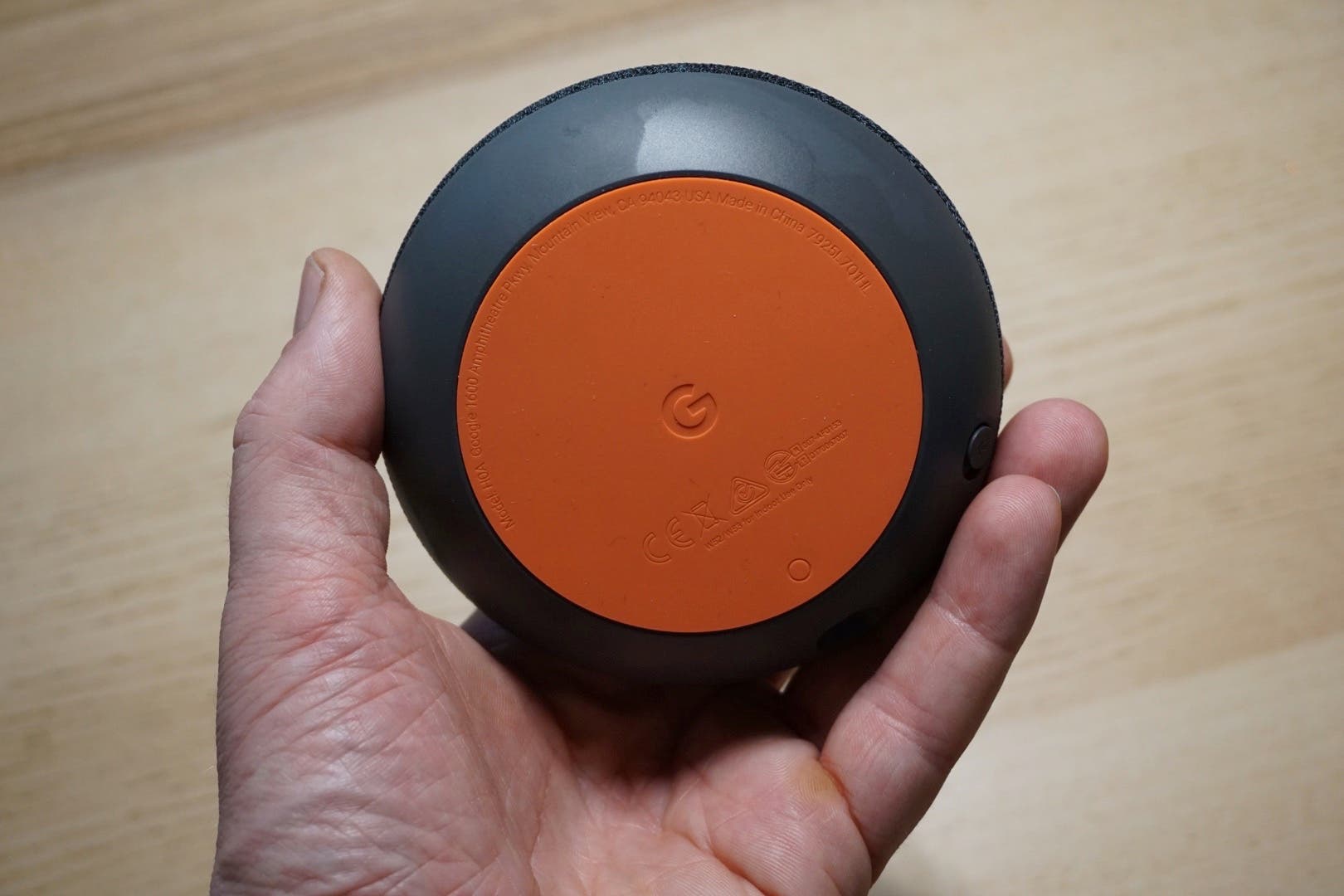 Google has given the base of the Google Home Mini a bright orange rubber surface that offers enough friction to prevent it slipping off the surface. 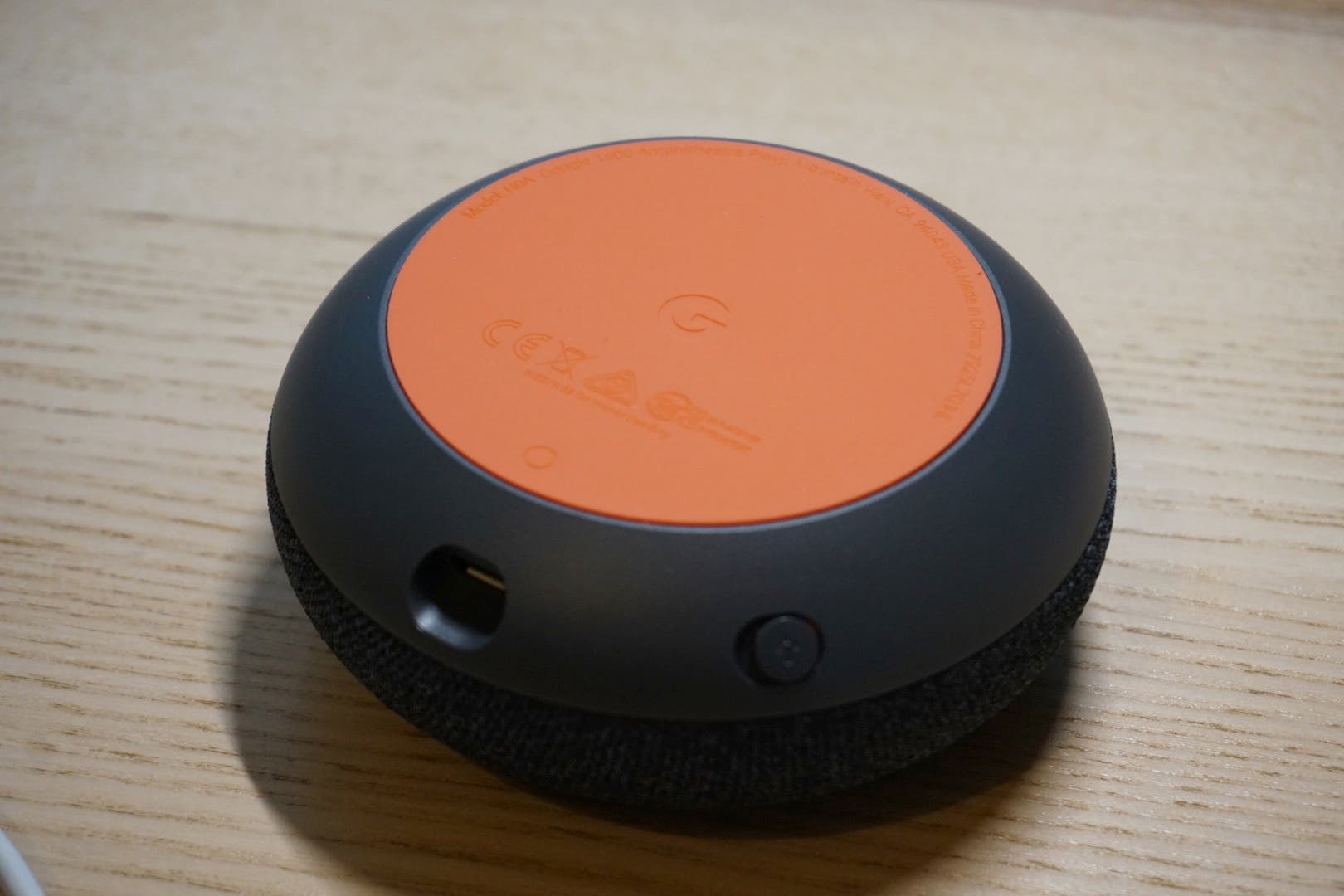 The one final detail of note on the orange is a small etched ring. This is actually the factory reset button, a feature I had to use a couple of times while setting my device up, but this seems to have been an issue with my aging Xiaomi Router rather than the Mini home.

Setting Up The Google Home Mini 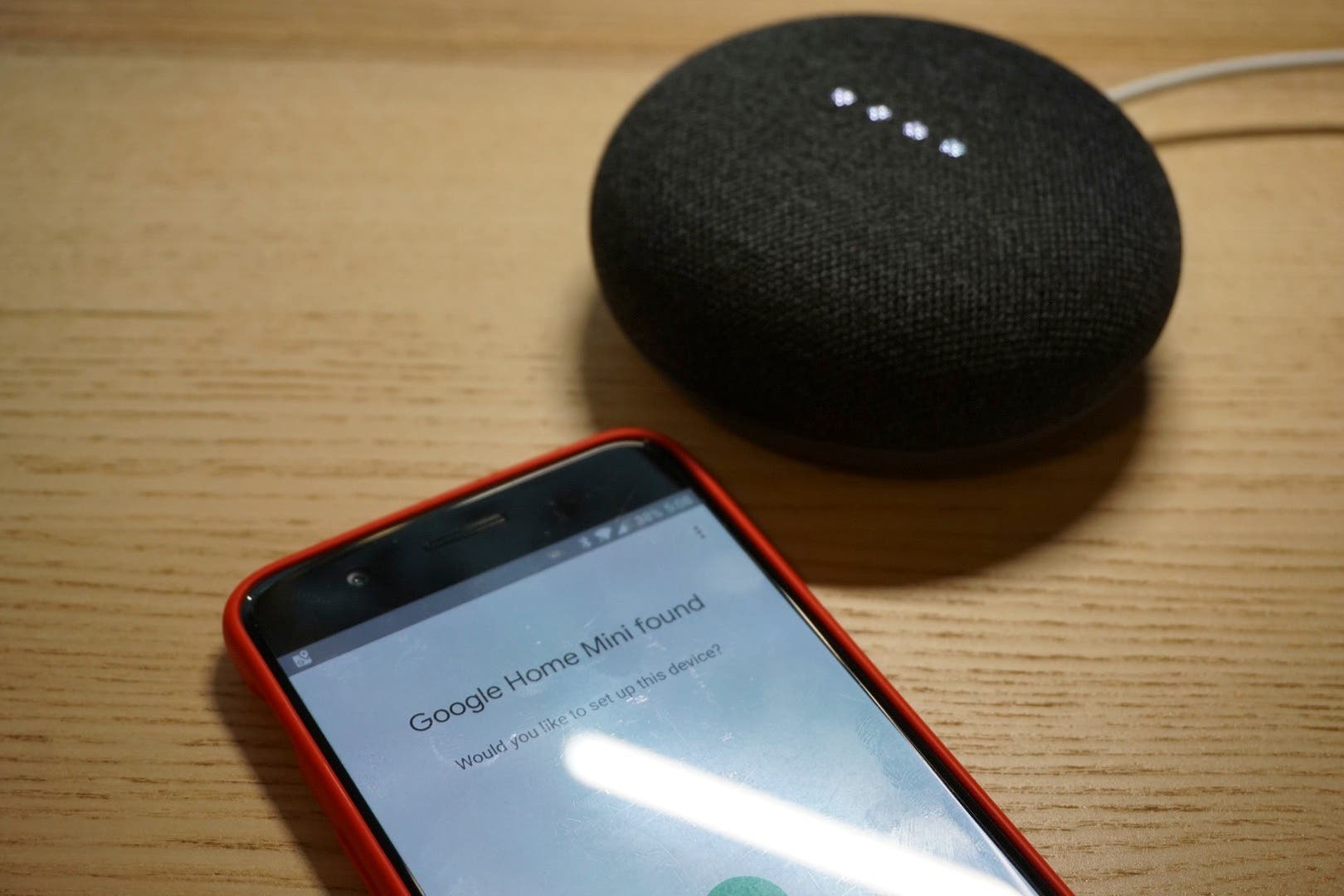 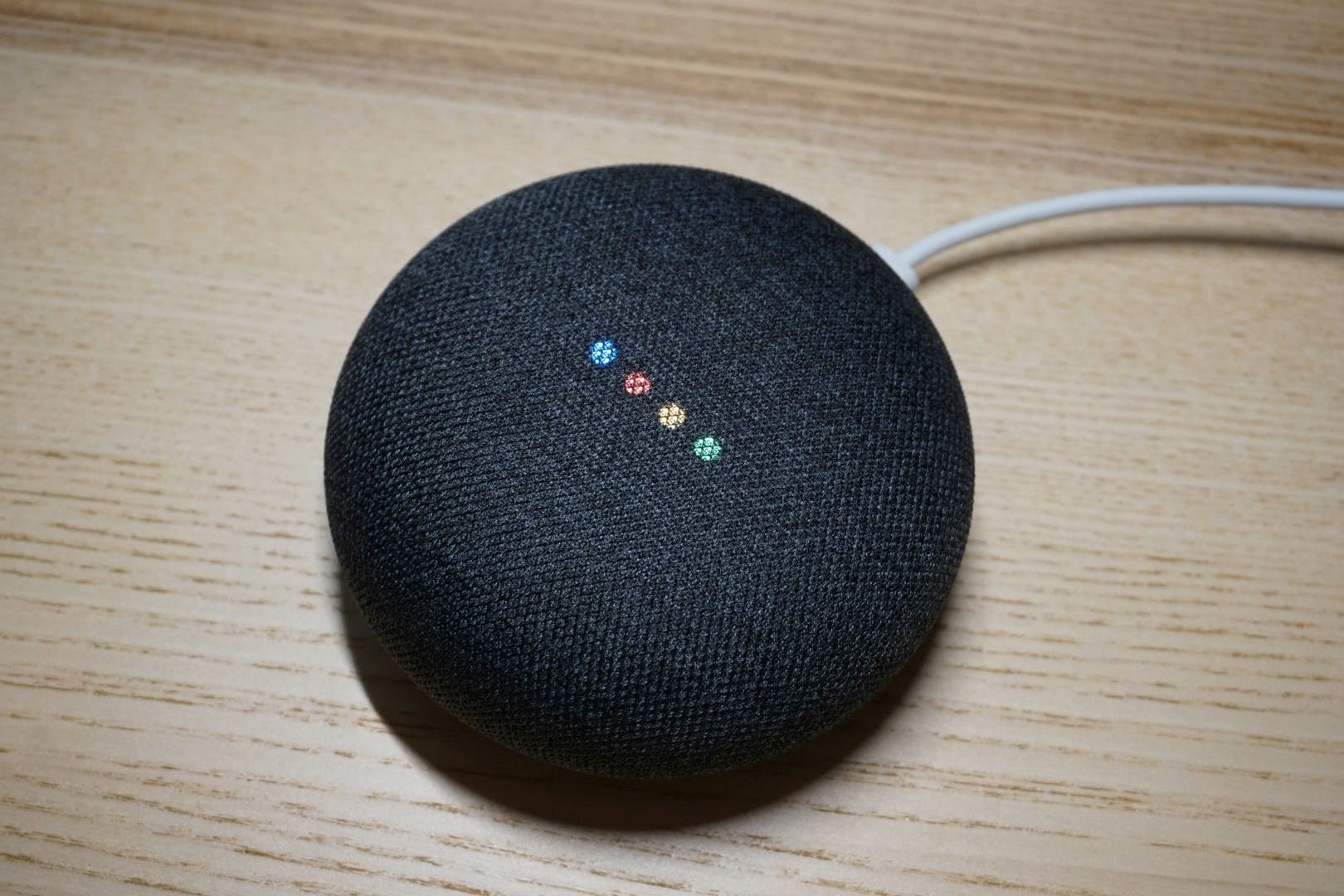 As long as your WIFI router is working as it should then set up of the Google Home Mini should be extremely straightforward.

Simply connect the speaker to the mains, and while you’re doing that download the Google Home App to your device. 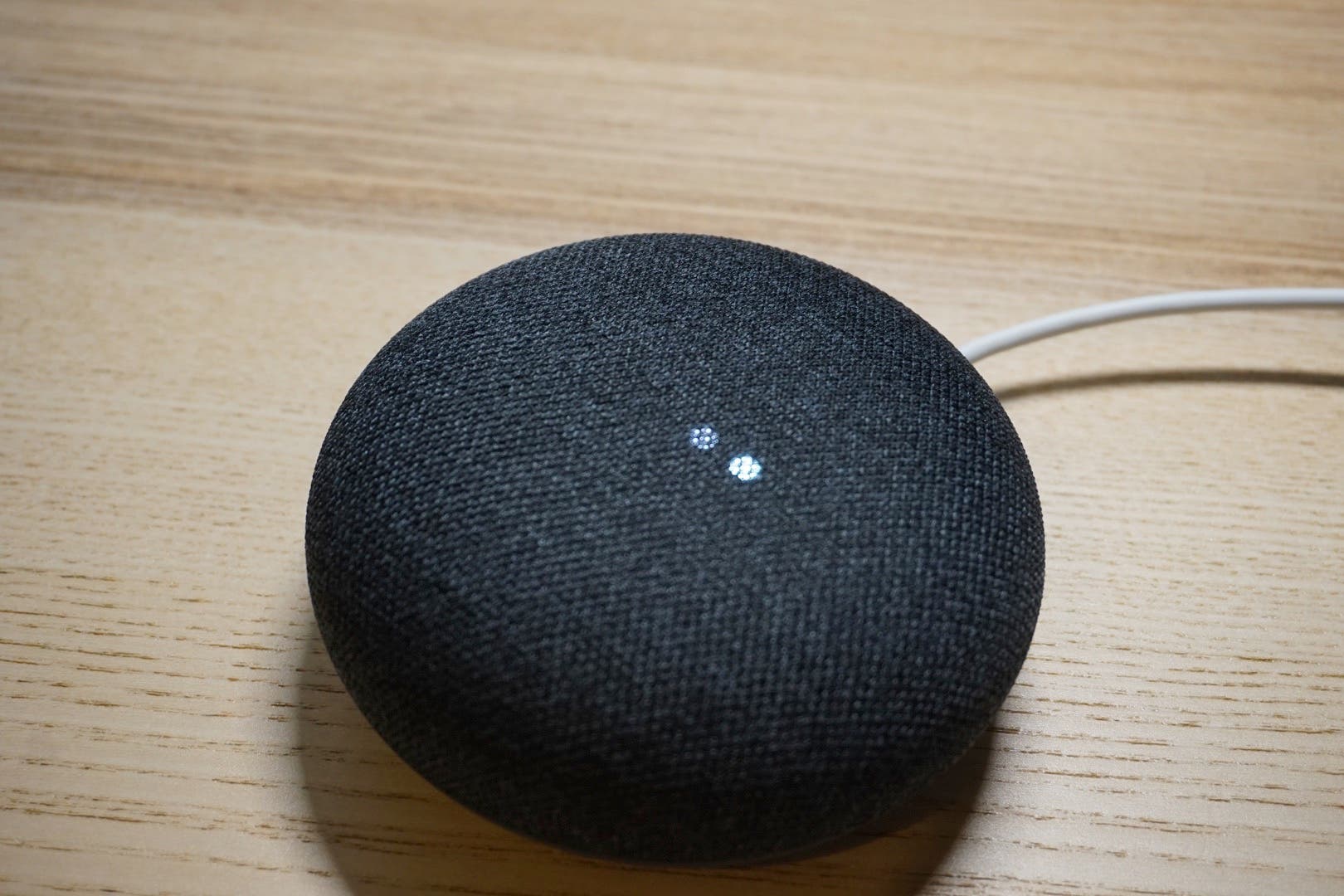 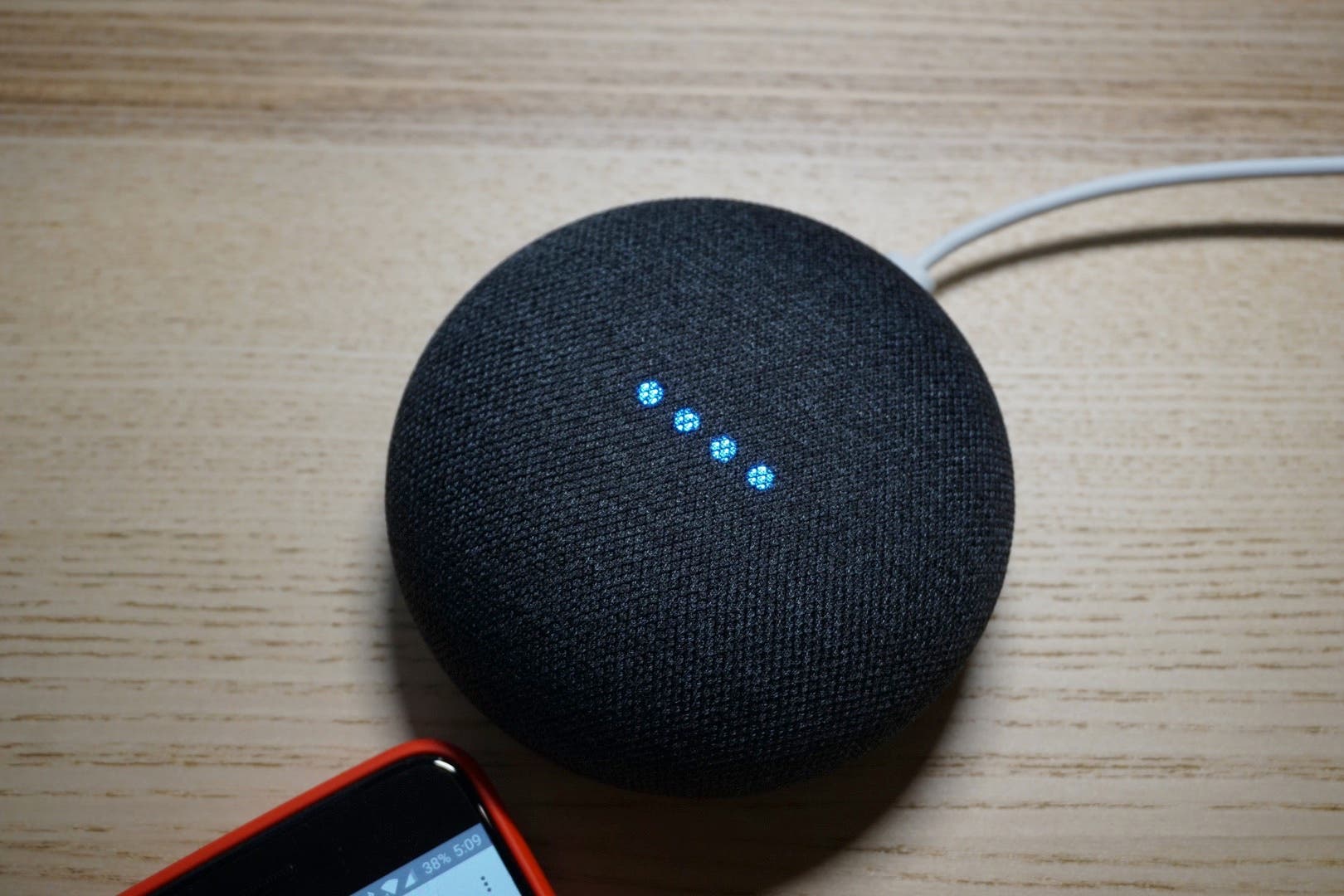 Once powered up Google Home Mini will also prompt you to download the app, and once launched the App will give you on-screen directions.

My OnePlus 5 spotted the Home Mini quickly and Google Home told me that it would gather WIFI passwords from my phone to allow the Mini to connect to my network. For some reason, the Mini simply could not connect to my Xiaomi Router, but I do believe that this ancient piece of tech is on its last legs. After the failed set up I had to reset the speaker using the FDR button on the base and then used another router without issue. 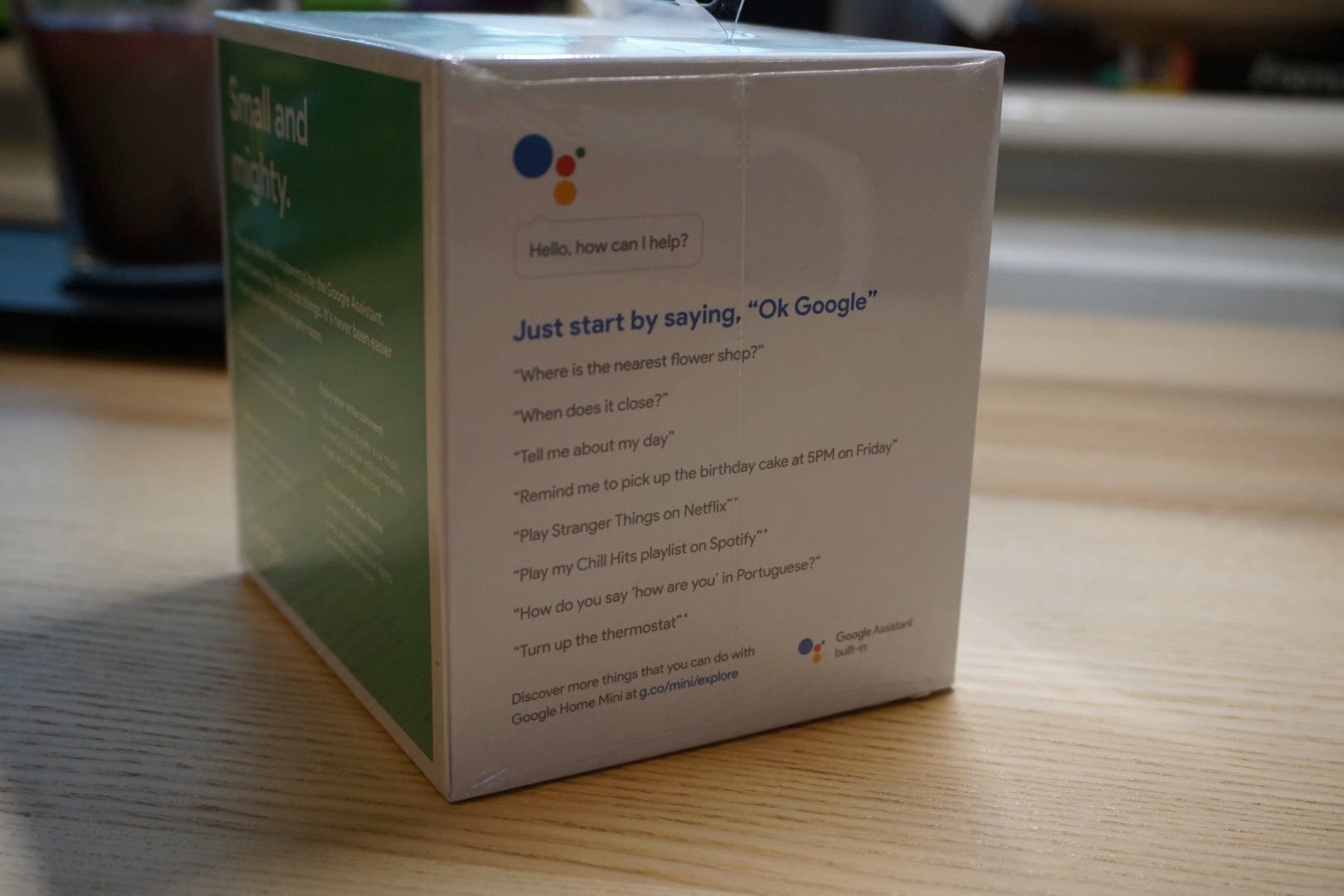 Speaker quality is actually pretty good. It doesn’t have the bass to be used as a party speaker, but for listening to the radio and just filling the space with some ambient music it’s more than up to the job.

Volume is good too, in a large living room I’m using volume level 5 and the radio is clear enough to be heard through the room and in the kitchen next door. Speaking of volume you can adjust this either with voice controls or by tapping the sides of the Mini Home, yup this tiny thing has touch controls too. Volume levels are indicated by the LED lights on the top of the speaker. 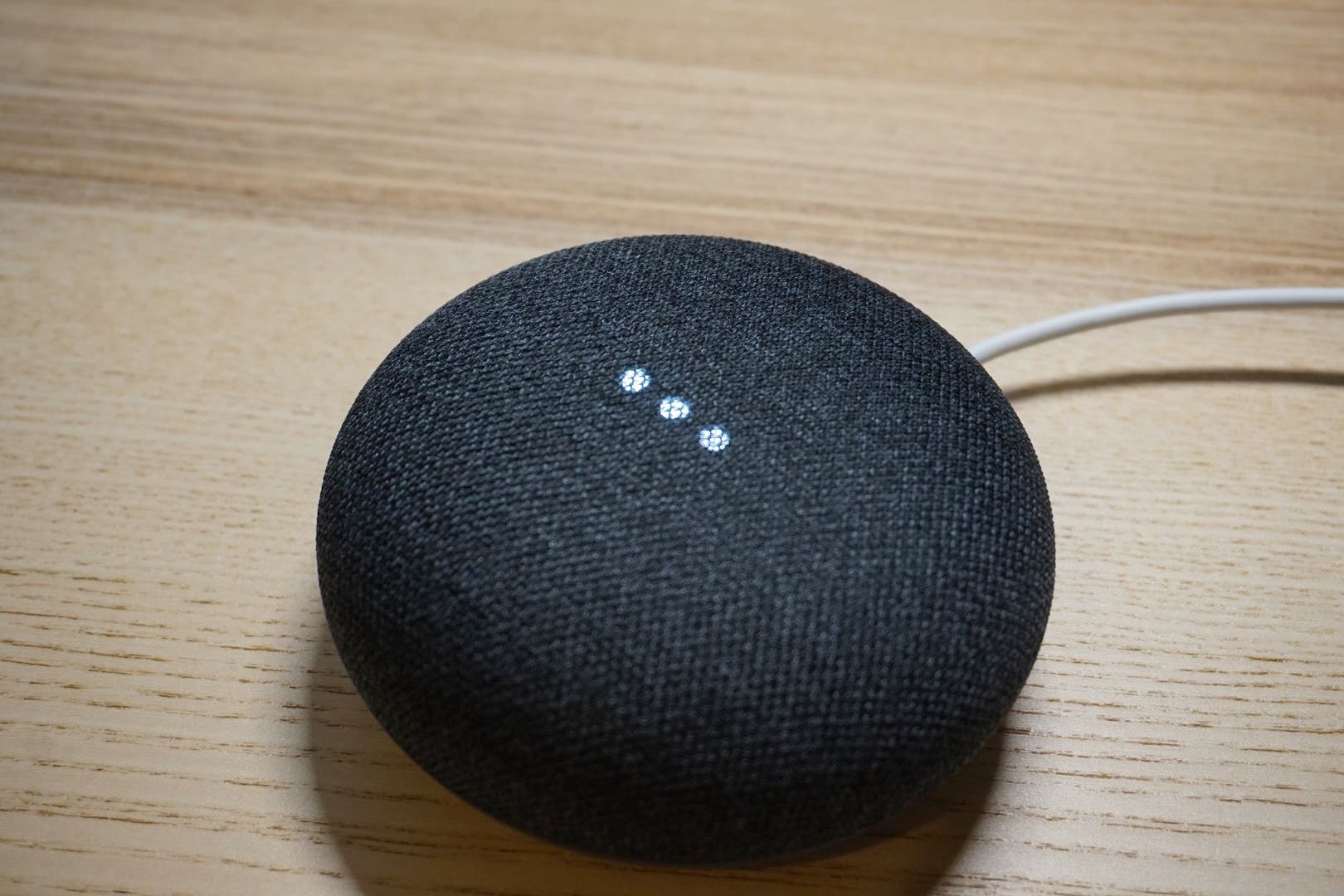 As for the smart controls, well this depends on the level of automation you have in your home. I’ve got my Google Music account hooked up to the speaker, but at the time of writing, I’m using my phone to cast BBC Radio to it. I do intend to add more smart home products to my home that will be compatible with Google Home, it’s just a shame that my Xiaomi Yeelight lamp, and Xiaomi Vaccum aren’t supported.

The speaker has a great microphone and can pick up “OK Google” or “Hey, Google” even when music is playing loudly, and the speaker understands questions really well. My kids have had a lot of fun asking the Mini to make various animal sounds. 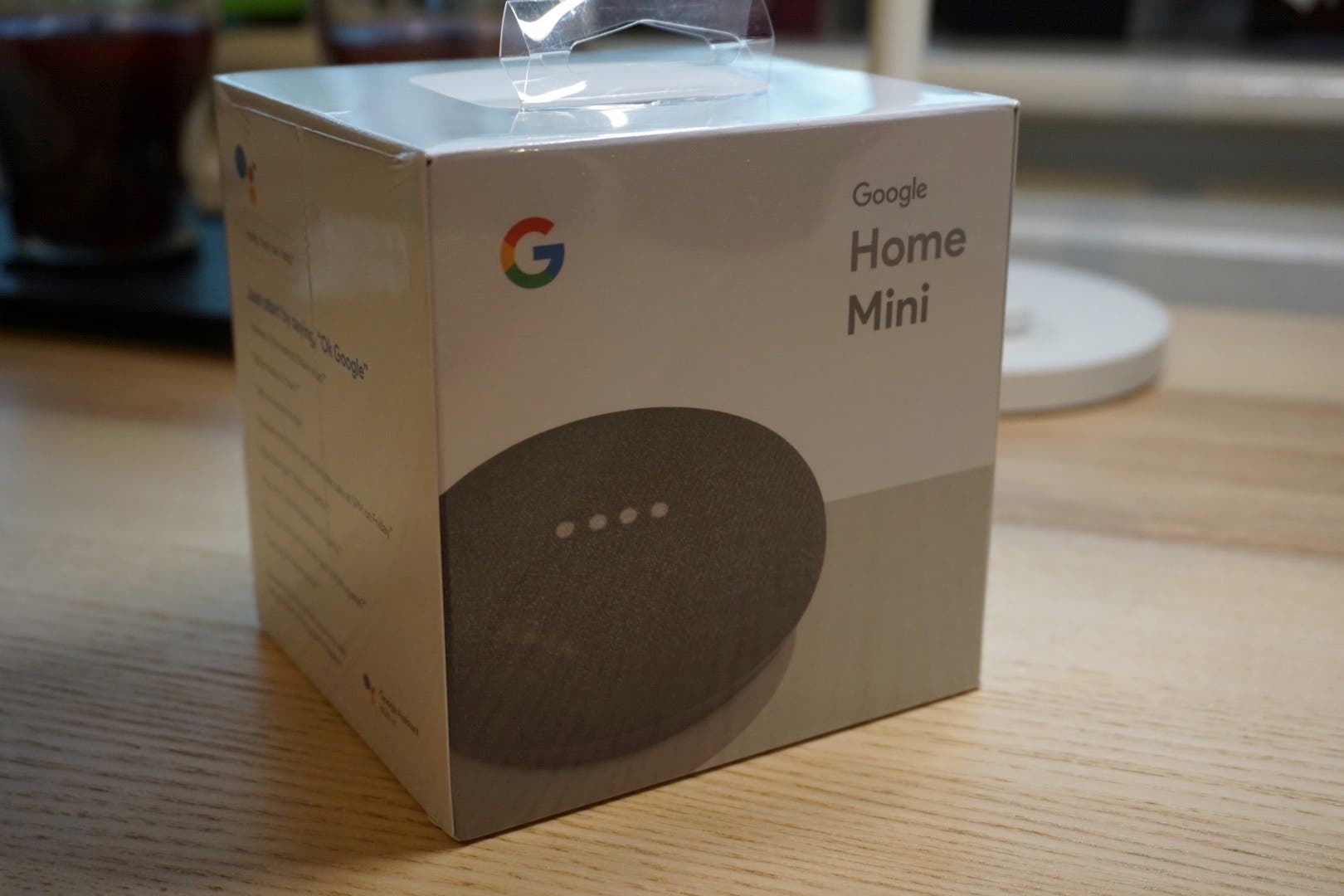 Overall, I’m impressed so far. I was in the market for a small home speaker and at £50 the Mini does a good job, the fact that has Chromecast features and is a smart home speaker too are both great features. I’ll certainly be picking up a few more for other rooms through the house.