Some of Samsung devices are now receiving October security updates and one of them is the Galaxy J7 Pro which was launched earlier this year. This update which touched down in Mexico with firmware number J730GMUBU2AQJ2 is a minor update considering the fact that the J7 Pro is already running Nougat. It takes care of 215 vulnerabilities identified on Androids end and six vulnerabilities from Samsung corner. 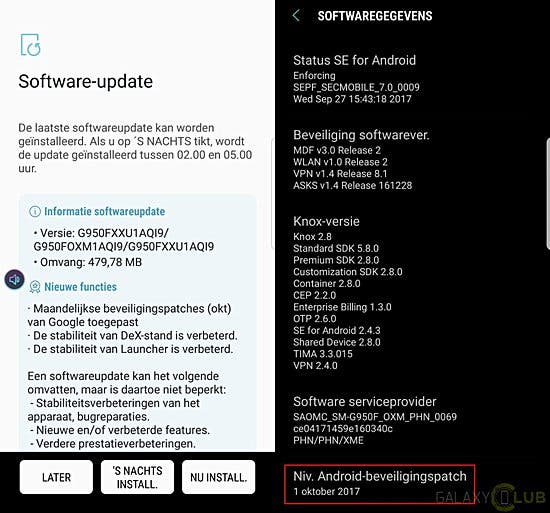 Meanwhile, Samsung’s flagship devices, Galaxy S8 and S8+ are also getting a security patch. This update with firmware numbers G950FXXU1AQI9 and G955FXXU1AQI9, respectively, weighs around 480MB and it comes with October security fixes for Android. It also comes with stability-related features for launcher and DeX mode. Most of Samsung’s devices have already received October security patch. the latest to receive their updates are  Galaxy A5 (2016 and 2017), Galaxy S7 and Galaxy S8+.

These updates are slowly rolling out to units in Europe and like it is with most security patch updates, all devices do not receive the update at the same time thus you may have to be a little patient for the alert for you to update your device.