OPPO has announced that it will hold a press conference on the 2nd of November where it will officially release the expected OPPO R11s flagship. Now, about a week before its release, this flagship device sits on the front shelf of OPPO’s official store and some salient information was revealed. We already know that OPPO R11s got its design inspiration from its predecessor, OPPO R11, with an 18:9 full-screen design but the body is much slender. We now know that this smartphone will come in three colour variants – black, champagne and red. In addition, OPPO has appeared with a special “Star screen” edition, a feature that allows OPPO to build in a smooth gradient from the red metal body of the R11s and blend into the display of the phone. 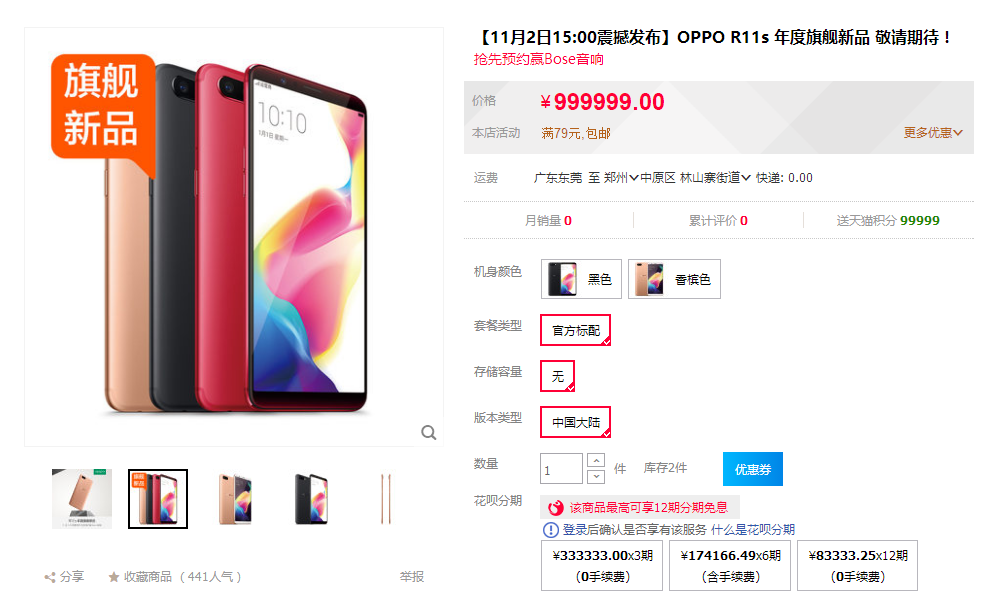 OPPO R11s comes with a full-screen display similar to that of Samsung S8. It uses an 18:9 AMOLED display with an all-metal body design. It also has a microSIM-slot, a top antenna band, and rear dual cameras positioned at the upper left corner of the device. It is powered by a Snapdragon 660 processor coupled with 4GB of RAM and 64GB of internal storage. In the camera department, OPPO R11s will sport a dual rear camera setup with a 20MP snapper supported by a 16MP camera. Its selfie shooter will be another 20MP camera. The camera setup can switch from day portrait to night portrait depending on the environmental condition. It will support 5V 4A fast charging  (VOOC fast charge).

The official price of this flagship device is not out but considering the price of R11, speculations have it that the R11s should be around 3,000 Yuan ($452). Will you consider buying this smartphone for that price?

Previous Xiaomi has sold over 400million Units of Smartphones In India