News filtering in appears to be what die-hard fans of the Qwerty blackberry phones have been itching to hear or read about. Folks over at crackberry have just unearthed specs of an upcoming Blackberry branded phone with model number BBF100-1, which they speculate to be the Blackberry keyOne successor.

According to a user agent profile spotted on a TCL website first reported by our source, the Blackberry BBF100-1 will come equipped with a physical keyboard and will be powered by Qualcomm’s mid-range SoC – the Snapdragon 660 with Adreno 512 GPU. While the document didn’t reveal the screen size of the device which many speculate to be the Blackberry Keytwo, it did mention that the device will come with a screen resolution which tallies with that of the Keyone at 1080 x 1620. That equates to a 3:2 aspect ratio. 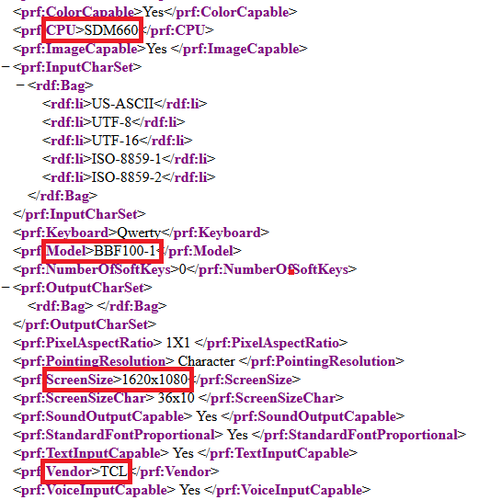 If this turns out to be the Blackberry Keytwo, the we expect the release date to follow the Keyone pattern, and that could happen as early as February 2018, till then we expect to see more leaks about the device.