Blackberry was reported to be working on an all-touch smartphone tipped to be released before year-end. Well, the good news for fans is that China’s TCL has quietly unveiled the blackberry motion in Dubai today. The Blackberry motion is an “all touch” phone like we reported earlier and it’s a phone of many first for Blackberry.It looks more like a Blackberry KeyOne without a keypad.

It is the first Blackberry device to be IP67 certified for dust and water resistance, the first to pack as much as 4000mAh battery and the first blackberry phone to feature a Locker Mode – a feature that allow users store documents and photos in an internal storage area that will require the user’s PIN code or fingerprint to access.

Made entirely of a hardened aluminum frame with soft touch material on the back, the Blackberry motion comes fitted with a 5.5-inch full HD display and powered by an octa-core Snapdragon 625 SoC with Adreno 506 GPU, 4GB of RAM and 32GB of expandable storage. 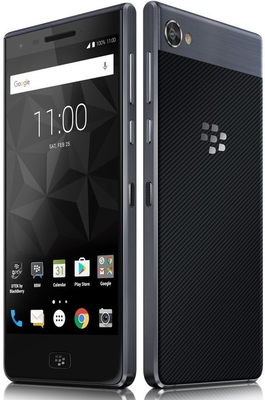 It has a fingerprint sensor on the front embedded into the home button and packs a whopping 4000mAh battery with support for Quick Charge 3.0 that can supposedly charge the phone up to 50% in 40 minutes.

The motion will only be available later in the month in the UAE and Saudi Arabia before it rolls out to “select global markets”. It is priced at about $460 USD.