One of the most controversial aspects of the iPhone X has to do with the notch at the top of the screen. With this equipment, the company decided to reduce the frames around the screen. Of course, it included a front camera system with facial recognition system. This new module occupies a space at the top of the screen. That space has been nicknamed as ‘notch’. This design on the screen can be eliminated, at least partially. For this, there is an application that will aesthetically eliminate the notch on the start and lock screen, as BGR informs.

The application is called Notcho and allows users to use an image trick for the wallpaper. With this, users can create wallpapers that convert the spaces on either side of the notch in an extension of it. 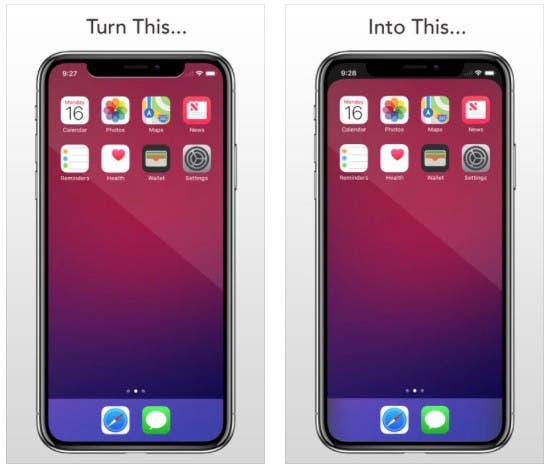 Notcho comes with some default backgrounds, although it allows you to use any other background for the iPhone X. This application has a free version, which puts a watermark on the funds. If users want to eliminate that brand, they must pay $ 1.99 for the full version of Notcho.

However, Apple has been insistent with the developers to appropriate this new design in their applications. In addition, on each side of the notch various gestures are made that allow access to the notification center and the control center of the device.

Visually remove the notch on the iPhone X for free

On the other hand, some iPhone X users have made their own wallpapers to hide the notch. As is the case with Alex Humberman, who put online  his own version for anyone to download and undo, at least on the home screen and lock screen.

Counterpoint: iPhone X was the best-selling device of 2018