Qualcomm mainly develops SoCs for devices with a smaller screen size. That’s why you will find the way more smartphones packed with Snapdragon family chips rather than laptops. This also means they are customized for Android mobile operating system. At the beginning of this year, various companies have been fighting (literally) against each other in order to become the first to launch a Snapdragon 835-powered smartphone. Samsung won the race. Although, Sony was the first to announce its flagship. In the next months (until now) we saw less than a dozen of smartphones packed with it. But this chip has been so well-developed that it is expected to see a larger-screen device with it. In this sense, Microsoft has promised there will be several laptops equipped with an ARM-based processor. It has been expected HP, Asus, and Lenovo will be the first to release such notebooks. According to some sources, today HP’s Care Pack page has shown two new laptops sporting a Snapdragon 835 chip. 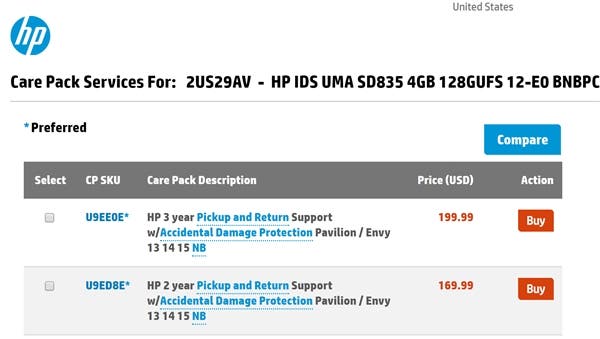 At the end of last year, at WinHEC event in Shenzhen, China, Microsoft announced the company is working with Qualcomm and they will bring the full Win10 experience to future devices powered by Snapdragon chipsets. This simply meant Windows 10 should be brought to the ARM ecosystem. Therefore, there will be a range of thin, light, power-efficient and always-connected devices such as smartphones, tablets, ultra-thin laptops, etc. those devices will adopt so-called eSIM technology that means users will remain continually connected to the cloud.

The leaked screenshot showcases, the HP laptops will come with a 12-inch screen, 4/8GB RAM, and 128/256 UFS storage. So, once they are launched HP should benefit a lot, because Snapdragon 835 chips are known not only for a smooth performance using 10nm process node but also low power consumption in comparison to many chips including Intel.

Next Unboxing video for the Bluboo S8+ released