Back in August, Google released Android 8.0 Oreo and it took about two months for Oreo to enter into Android’s chart distribution with 0.2%. Recall that Google does not include any Android version with less than 0.1% distribution in its charts. One month after it made its official entry into the chart, Oreo now occupies 0.3% of the market. Many may consider a 0.1% increase within a month as “slow” but it has always been like this with new Android systems. So far, Nexus, Pixel, and Sony devices have been bringing out the relevance of this OS version but with new devices joining the fold, its 0.3% distribution is bound to increase. 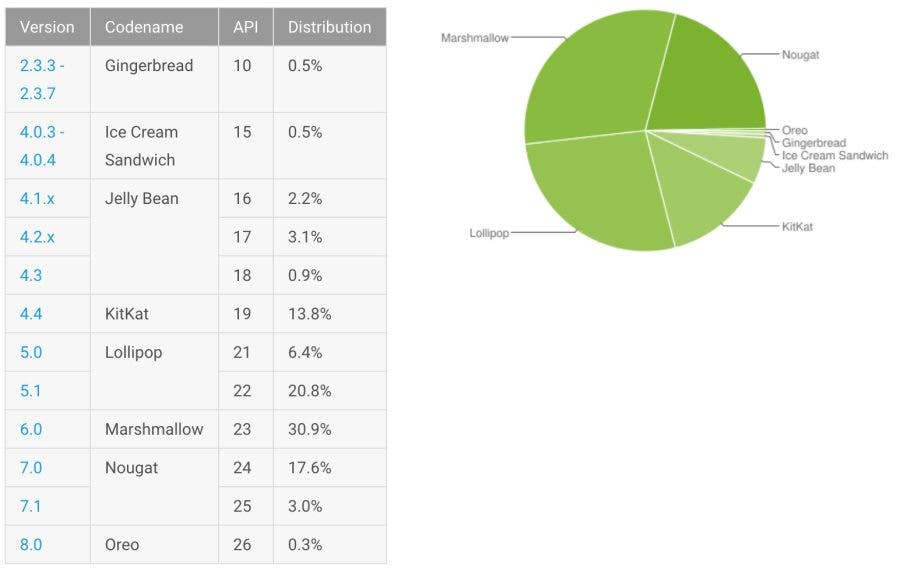 The latest distribution chart shows that old-lady, KitKat, still manages double digit with 13.8% while Android Nougat experienced the greatest spike with 20.6% rising from 17.8% in October. Marshmallow remains the most used Android system and it currently occupies 30.9% of the latest distribution chart although it is slowly losing popularity while Lollipop is not far behind with 27.2%.