If the current information on Twitter is anything to go by, then an announcement of a flip-phone by South Korean manufacturing giant, Samsung, is imminent. This morning, a Twitter user (@MMDJ) revealed that  Samsung W2018 flip phone will be announced in Xiamen on the 1st of December.

Samsung is known for using the launch of its W-series phone to raise funds for charity. However, it is not clear if the company intend to do the same with this smartphone. 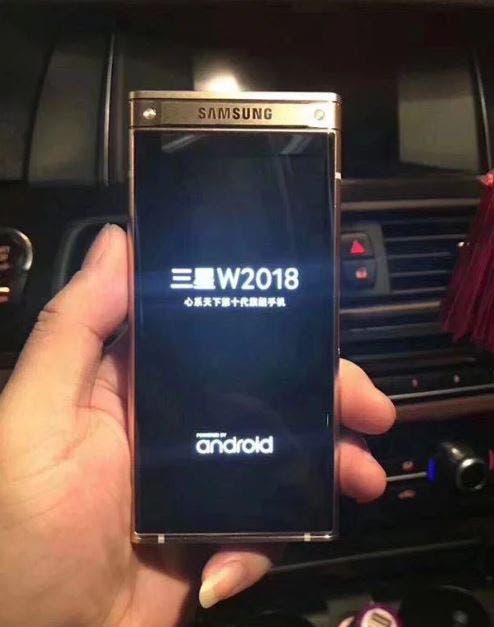 Generally, it is believed that the W2018 will be one of the most powerful flip phones. Rumors suggest that this device comes with a rear fingerprint sensor and an iris scanner. It will be powered by a Snapdragon 835 coupled with 6GB of RAM and 128GB of internal storage. This phone which should come with Android Nougat out of the box boasts of a 4.2-inch FHD display. In the camera department, the W2018 will use a 12MP rear sensor and a 5MP selfie camera. Speculations also imply the camera will have a F/1.5 aperture. The lights of this phone will be kept on by a 2300 mAh battery. Information on the pricing is still unlocked while Samsung’s AI assistant, Bixby, will be available with a dedicated button for it.

Next Do you want to win two Microwear X3 smartbands for free?