In a Weibo post teaser, Gionee mobile just a couple of days back announced that it will be unveiling 8 full-screen phones on November 26 in China, but didn’t specifically named these devices. While many have speculated what these devices could be, the company has today confirmed the names of the 8 bezel-free devices.

Shortly after the Gionee M7 plus surfaced on TENAA, the company through an official Weibo teaser has confirmed that the M7 and M7 plus are both part of the bezel-free phones it will be unveiling in the coming days.

A careful look at the image below indicates that Gionee S11, S11S, F205, F6, Steel 3 and M7 are all some of the devices that will be unleashed on the said date. Gionee mobile in a separate teaser further confirmed the  Gionee F6 and F205 phones will both be unveiled on November 26. 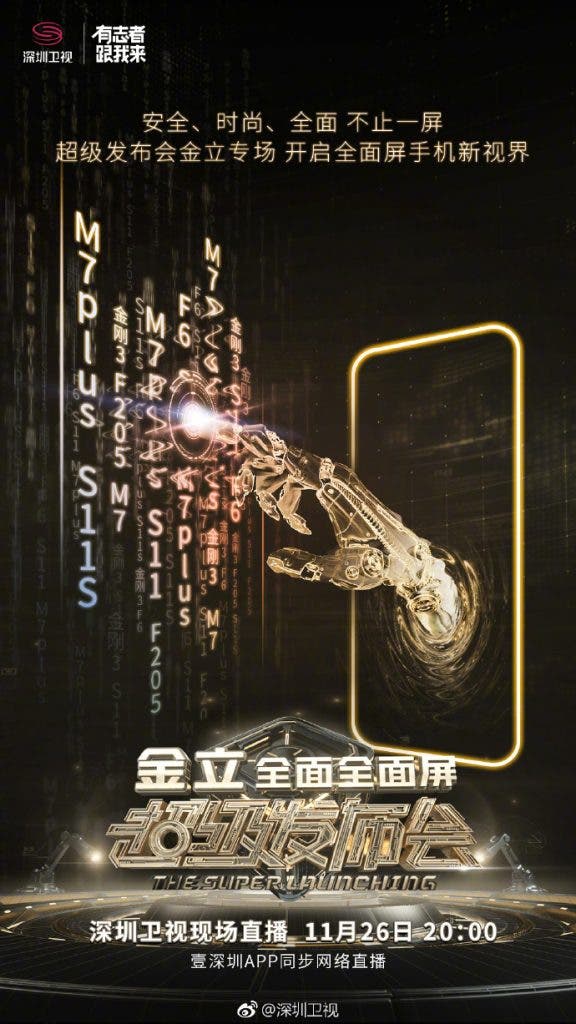 All of these smartphones have been in news a while now, so we already have a glimpse of what they have to offer. 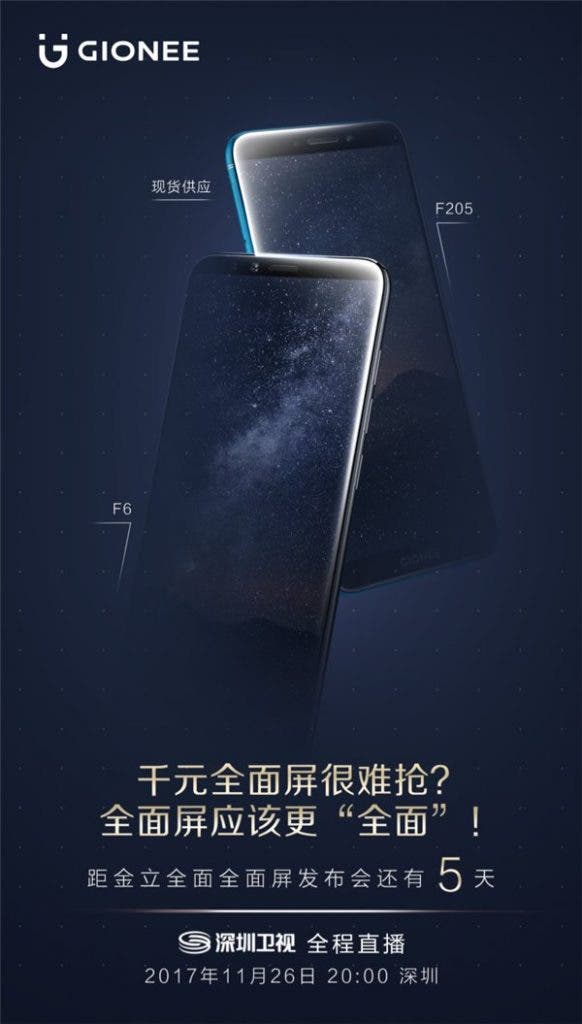 The Gionee M7 Plus recently surfaced on TENAA for the usual certification, revealing a premium design with a dual rear camera, rear fingerprint sensor, and a back panel. Powered by a 5000mAh battery, the device according to TENAA will use a Qualcomm Ocatcore SoC with 2.2GHz clock speed aided by 6GB of RAM and two storage option of 64GB and 128GB.

Next Ulefone Mix review: beauty but no beast...