Just yesterday we told you about a premium Gionee phone with an edge-to-edge display that may be unleashed soon. Today the Chinese company officially announced that it will be unveiling not just one, but 8 smartphones with the now industry standard edge-to-edge display.

Which phones will Gionee unveil on Nov. 26? well, we are not exactly sure what these 8 devices could be, but there are indications that the Gionee Gionee F6, Gionee M7 Plus, Gionee S11, and Gionee S11 Plus may be part of the mix. Another source suggests the Luxury Gionee M2018 could also be given the full-screen treatment. All of these devices had at one point or the other appeared on TENNA for certification hinting at a possible launch in China soon.

While available specs of the Gionee F6 points to the lower mid-range, the device is, however, a candidate for the 18:9 aspect ratio design. The S11 aside from receiving TENAA certification also appeared on GFXBench database along with expected specifications. The device would come with a 6-inch Full HD+ FullView AMOLED display with a screen resolution of 2160 x 1080 pixels and is powered by a 64-bit MediaTek MT6763 Octa-core chipset with a clock speed of 2.3GHz and ARM Mali-G71 graphic processor.

The M7 plus From the leaked images is expected to come with a huge display as well as a high screen to body ratio. The screen is rumored to be a very large 6.43 inches with the industry’s hottest 18: 9 full-screen design, and that suggests that the smartphone would sport a back side fingerprint scanner, as indicated again by the rear view below. 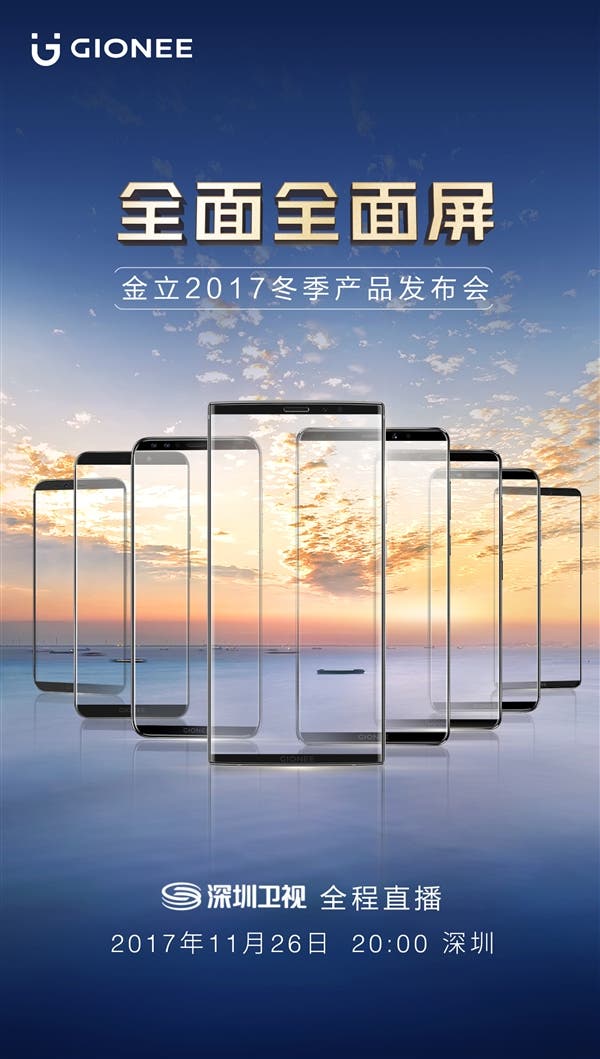 Hopefully, we will get to know what to expect if Gionee reveals them to us, otherwise till Nov 26 when they are made official.

Next HTC U11+ with tiny bezels and huge battery announced