Gionee M7 plus, the much-rumored phone from Gionee has made its way through China’s TENAA, a signal that its official release isn’t far off. The upcoming smartphone according to reports is bound to become Gionee Flagship phone and the most high end of the M series.

While we already know some of what to expect from the phone in terms of specs courtesy of  AnTuTu and GFXBench listings, the latest TENAA listing further solidifies some of the specs earlier outed.

At variance with the designs of the device that surfaced earlier in the week, the latest listing confirms the premium design of the Gionee M7 plus. The phone has a metallic build and a unique leather back.

The Chinese regulator listing reveals that M7 plus has a physical measurement of 166.5 × 81.6 × 8.7mm and at 204 grams, the device has virtually same weight as most of Samsung flip phones, all thanks to it massive 5000mAh battery.

TENAA’s certification page in line with previous leaks reveals that the device will feature a 6.43-inch FullView display with 2.5D curved glass, 2160 x 1080 pixels resolutions, and an aspect ratio of 18:9. The rest of the Gionee M7 plus specs outed by TENAA’s listing include a Qualcomm Ocatcore SoC with 2.2GHz clock speed aided by 6GB of RAM and two storage option of 64GB and 128GB. 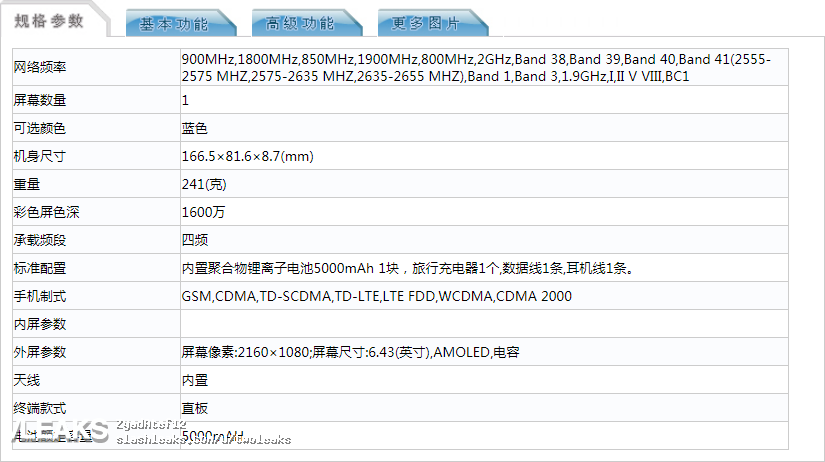 A dual rear camera setup made of 8MP+16MP camera module, an 8MP front shooter, a rear fingerprint sensor, as well as Android 7.1.1 round off the specs sheet.

The device is expected to be made official along side 7 other full-screen phones from Gionee on November 26 in Shenzhen, China.