Xiaomi’s Android One smartphone, Xiaomi Mi A1 is currently receiving a new OTA update whose size varies from device to device. While some users have seen this update with a size of 460MB, others are seeing upwards of 1GB. The larger size is more acceptable because this update comes with November Android security patch and it will likely include previous security patches and fixes. 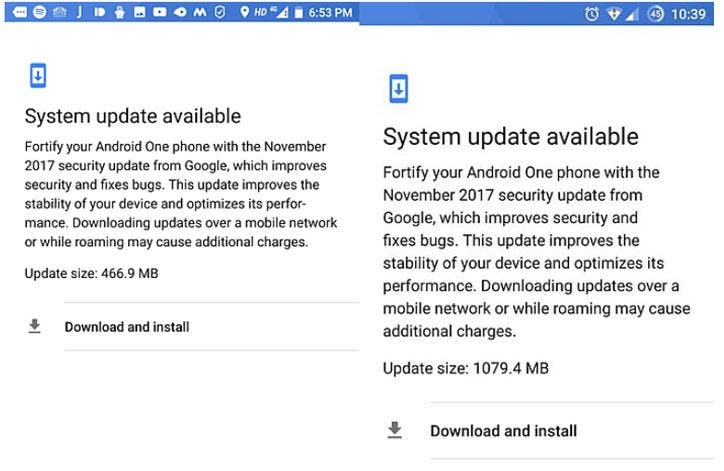 This update does not come with any new features or changes, however, it brings better system stability and performance. Due to the fact that an Android One phone runs stock Android, it usually receives software updates before others. Nevertheless, some OEMs already have this update. In the coming weeks, Xiaomi Mi A1 will receive Android Oreo update but it is safe to install this update to better secure your device.

Android 8.1 Oreo update canceled for Mi A1 due to sms bug