At a Global press event held recently at the weekend in its home country, Gionee alongside the Gionee S11/S11S, Gionee M7 plus and others also introduced two new members in the F-series, the Gionee F6 (aka Gionee S11 Lite) and the Gionee F205.

The Gionee F6 is basically a toned down variant of the Gionee S11, it retained the dual rear camera setup, the 18:9 FullView display, the glossy design as well as the 3D four-curved glass of the S11, but with a completely toned down internals.

The device comes with a 5.7-inch display with an 18:9 aspect ratio and a display resolution of 1440×720 pixels.Under its hood is a Snapdragon SoC with octa-core, 1.4GHz processor, 4GB RAM and 32GB storage.

Unlike the S11, the F6/S11 Lite has a single 8MP camera above the display, but the rear gets similar dual camera setup made of 13MP+2MP units. The device is fueled by a 2970mAh inbuilt battery and boots Android 7.1 Nougat with Amigo 5.0 UI out of the box. It supports dual nano SIM  with full Netcom support and should come with full connectivity options. 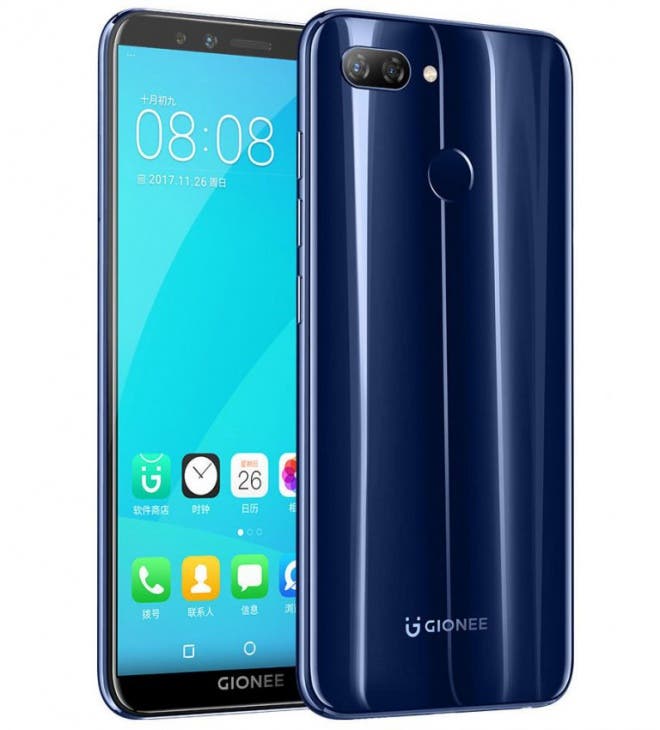 Next Is this the Meizu M6S?