Huawei announced the first AI mobile computing chip back in October. Later it came in with the Huawei Mate 10, which is the first phone running on a SoC supporting artificial intelligence. Surprisingly, many people didn’t pay too much attention to the performance provided by this chip. But when the cheaper variant of the Mate 10 was launched today, the net began buzzing about its great performance. If you guess, we are talking about the Huawei Honor V10, which is the second phone after the Mate 10/Plus to run on the latest creation of Huawei.

The Kirin 970 is a flagship chip using TSMC 10nm process node. It is the world’s first built-in standalone NPU (neural network unit) AI computing platform. Actually, we like to repeat this phrase every time we talk about the Kirin 970. When compared to the four Cortex-A73 cores, the Kirin’s computing architecture delivers about 50x energy efficiency and 25x improved performance when it comes to processing the same AI application tasks. This simply means the Kirin 970 chip provides better and faster performance.

Other than that, the Kirin 970’s innovative HiAI mobile computing architecture is considered as the most efficient use of the heterogeneous computing architecture. It maximizes the performance of CPU / GPU / ISP / DSP / NPU. Of course, it’s implemented via the dedicated NPU that accelerates the performance and energy efficiency much better than the CPU and GPU. To understand what this means let’s take a glance at the first benchmark scores of the Huawei Honor V10 and its Kirin 970 chip. 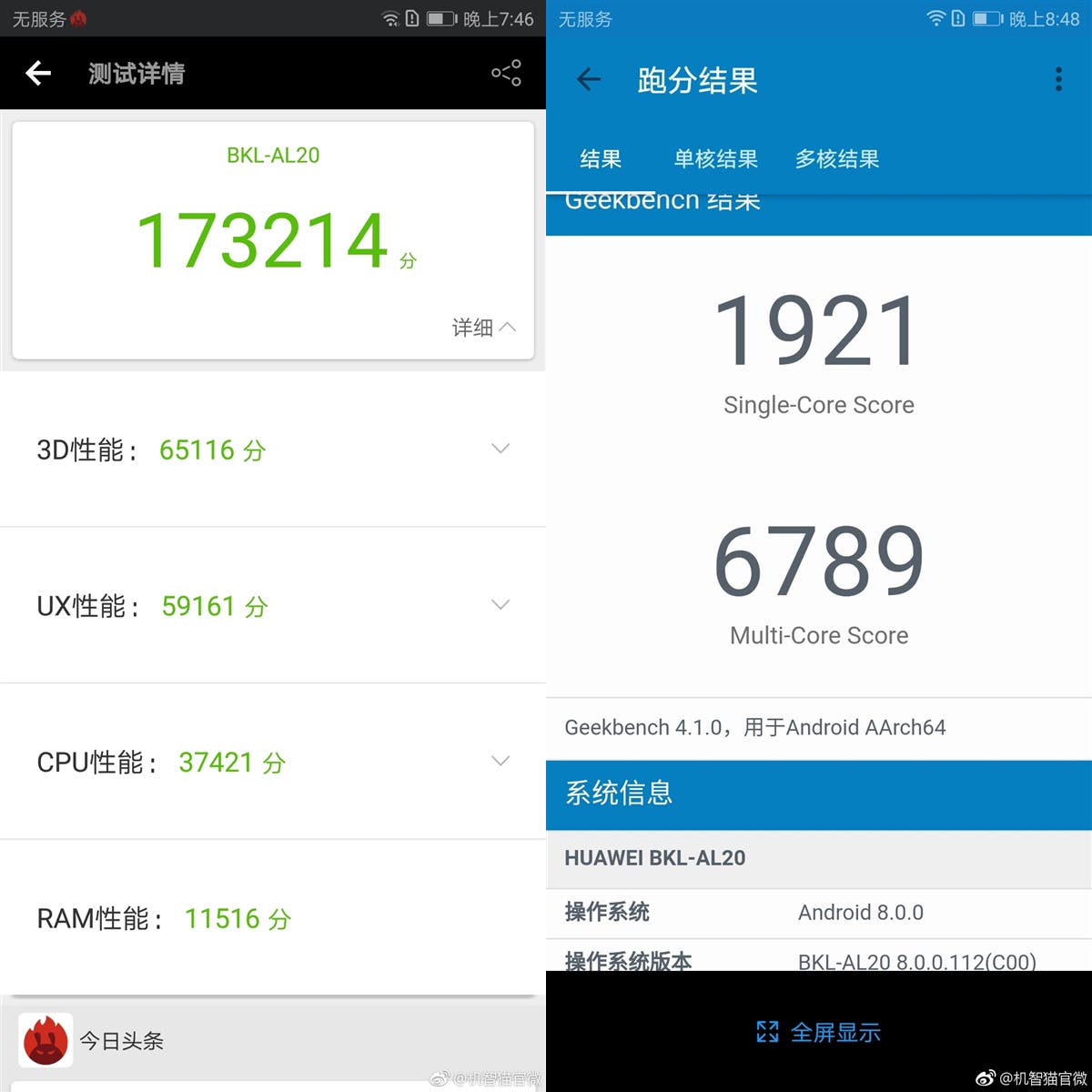