The first SMS to a mobile phone was sent 25 years today, on Dec 1992, for Vodafone by a 22-year-old engineer named Neil Papworth.

While mobile phones at the time lacked the ability to type out and send individual letters of the alphabet, Neil Papworth, a 22-year-old test engineer for Sema Group (now Airwide Solutions), from his personal computer sent the first text message to Richard Jarvis mobile phone on the Vodafone network on this day December 3, 1992. The message simply reads: “Merry Christmas”

The SMS or short messaging service didn’t quite gain a lot of popularity, partly due to non-pervasive nature of cellular networks and difficulty in typing out letters. A year later, Nokia introduced the SMS feature to its mobile devices, with a 160-character limit, and fast forward to 1999, and with advancement in mobile phones technology, the text messages began to gain widespread acceptability, as it could then be exchanged over different telecom cellular networks.

Several years after its introduction, text messaging gained a whole lot of popularity, but the introduction of instant messaging apps like WhatsApp, Telegram, and others have led to a decline in the use the use of SMS. Despite the declining use of the SMS,  it still remains the preferred primary channels of communication, as it has a global reach and requires no pre-existing connections required, like having to accept requests from friends nor does it require a third-party app. It is also not dependent on the high-speed internet, so anyone irrespective of location can be reached. 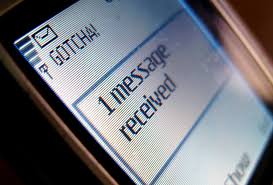 Papworth in his words says “He had no idea just how popular texting would become, and that this would give rise to emojis and message apps used by millions. I only recently told my children that I sent that first text. Looking back with hindsight, it’s clearer to see that the Christmas message I sent was a pivotal moment in mobile history.”