The MGCOOL Explorer 3 has been one of the most anticipated native 4K action cameras to come on the market in the last period. The action video gear is now up for pre-orders, so before you head over there, let’s learn a bit more about it and compare it to the competition. Keep reading!

The MGCOOL Explorer 3 is a relatively affordable action cam – at around $100 – that ships with neat features such as EIS and a gyroscope. Hence, you will be able to capture shake free images even in harder conditions. Plus, you’ll be able to capture images at up to 14MP or 16MP, which is higher than most competing cameras.

In addition to that, the Explorer 3 supports Native 4K resolution. You will indeed be able to record pure native 4K videos at 30fps, FHD and HD videos at 60fps and 120fps respectively. The MGCOOL Explorer 3 is equipped with the advanced and efficient iCatch V50 processor to capture high-quality images and videos pretty smoothly. The camera also provides support for H.264plus, which supplies 100% image quality with double compression ratio.

Other specs include a large 2-inch touch display, a Panasonic 34112 image sensor coupled with a 7-glass sharp lens and a 1100mAh capacity battery. The advantage of 7-glass lens is that it increases light intake and filter out stray light. Hence, it is possible to capture clear images even in low light conditions. The camera is also resistant to water up to 30m.

If we compare the MGCOOL Explorer 3 to other 4k cameras on the market then there’s almost no competition. The one that gets the closest in terms of price is the Yi 4K, which has similar feature but costs more than double the Explorer 3.

In the comparison table below you can see what we’re talking about. 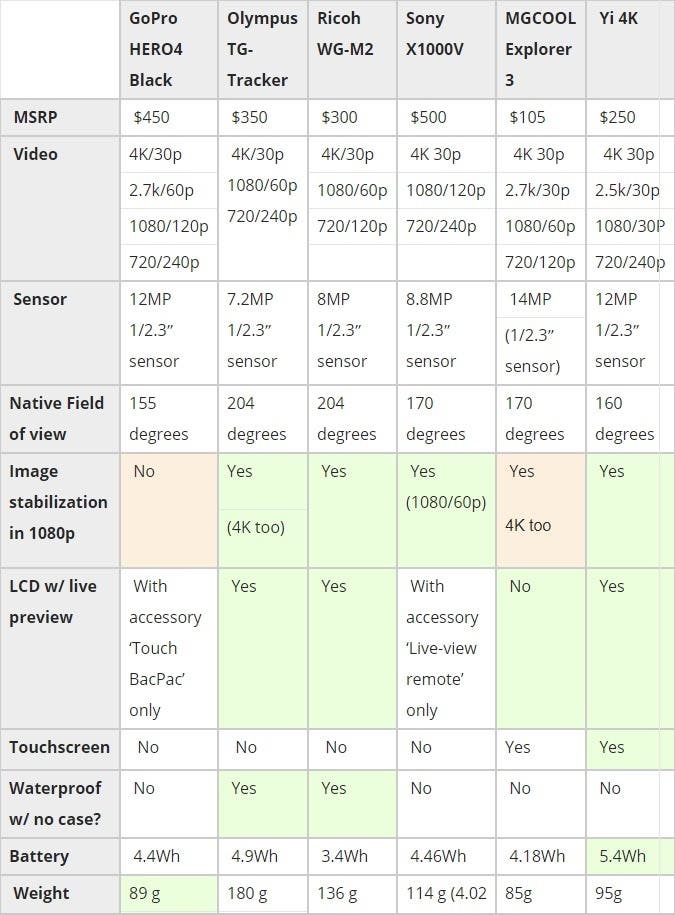 If you’re interested in getting the cost-effective MGCOOL Explorer 3 you can head over to Gearbest and pre-order one for as low as $105.67. You can learn more about it on MGCOOL’s official website.