A couple of months back, Xiaomi for the first time decided to shun its iOS inspired proprietary Android skin MIUI in favor of stock Android, when it announced the Xiaomi Mi A1 Android one smartphone. Over 2 months after it was first unveiled and following the strong reception of the device in some markets, XIaomi has decided to introduce a special Red colored Xiaomi Mi A1 to the Indonesian market. The phone is now on sale in Indonesia via Lazada at IDR 3,099,000 (RM 886.10) price tag.

Spec-wise, nothing changes compared to the regular Xiaomi Mi A1 Android-one device, and for that, we have a phone that takes inspiration from the OnePlus 5 in many aspects, mainly the build and the placement of the rear cameras.  It comes with a 5.5-inch 1080p display with Gorilla Glass 3, Qualcomm Snapdragon 625 chipset coupled with 4GB RAM and 64GB ROM expandable via microSD card.

The Red colored Xiaomi Mi A1 comes fitted with a dual camera setup  comprising a 12MP wide-angle lens and a 12MP telephoto lens with a 2x optical lens. Xiaomi claims that the Mi A1’s dual camera setup can shoot photos on par with the iPhone 7 Plus. The device boots Nougat out of the box, but it is now reportedly getting Android 8.0 Oreo beta update. 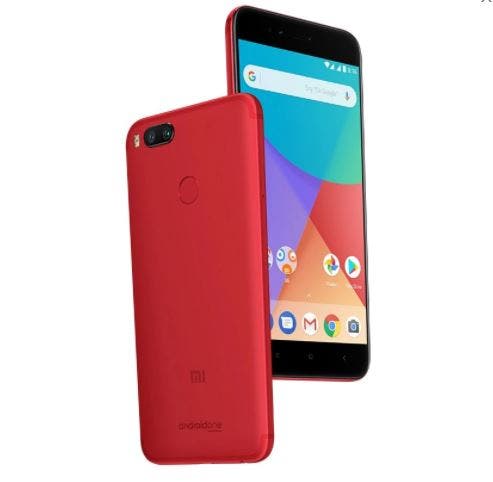 In a related news, Xiaomi recently introduced the Rose Gold variant of the Mi A1, after which it announced a permanent price reduction in the Indian Market, bringing its price down to  Rs.13,999 from Rs.14,999.

Previous Nubia Has Developed A New Technology For Under-Glass Camera

Android 8.1 Oreo update canceled for Mi A1 due to sms bug