Officially Scheduled for January 9-12 in Las Vegas, the Consumer Electronics Show (CES) 2018 is just some few days away, and both old and new participating companies are already confirming their presence through media invites. Few days after we heard of Yamaha Motors intention to make its first appearance at the Tech show, reports reaching us suggests more companies are already sending out media invite confirming their presence at the annual show. 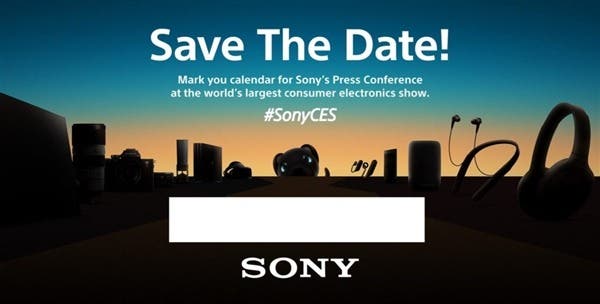 As reported by PhoneRadar, Sony has recently sent out sent out media invites for its CES press conference that is scheduled for January 8th, 2018. The company/press invite didn’t state categorically what product the company would be unveiling, but there are indications it will showcase diverse products ranging from smartphones, smart TVs, cameras, audio, and others.

Going by the rumors making the rounds recently, Sony could officially unveil a new flagship Xperia phone(Sony H8266), expected to be powered by the latest  Snapdragon 845 Mobile Platform coupled with Adreno 640 GPU. But that may look less likely at the moment given there are reports of Samsung reserving all the entire first batch of the latest mobile platform for its upcoming flagship Galaxy S9. Another possible assumption is that the device might be based on the SD 845, but may not actually be ready for the consumer market until after a month or two.

The upcoming Sony flagship phone has recently been benchmarked as the Sony H8266 with a record 2393 on single-core and 8300 on multi-core tests. The device is expected to feature the trendy 18:9 display, 6GB RAM, 128GB storage space, 3200mAh battery and will boot Android Oreo out of the box. More details about the Sony H8266 here.