The upcoming Samsung Galaxy S9 and S9+ are considered to be the most anticipated phones of. Every year, in the first quarter the South Korean manufacturer comes in with an incredibly designed smartphone and sells it a whole year. Thanks to many innovations, trendy features, and stylish look the Galaxy line models see no rivals on their way. Moreover, they become an inspiration for many other manufacturers. The same is going to happen with the Galaxy S9/S9+. So everything concerning it causes a huge stir in the net. Today is no exception. 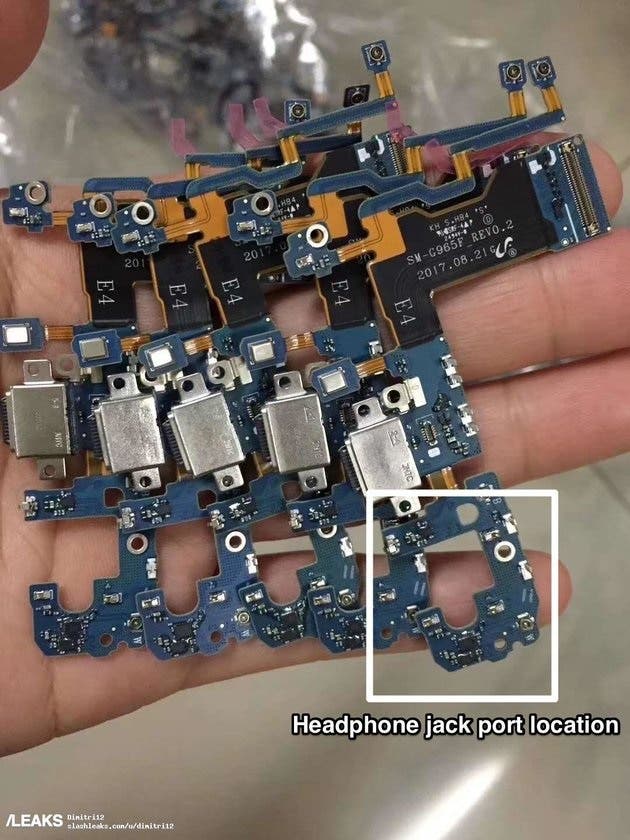 According to /leaks that has published the Samsung Galaxy S9’s motherboard photo, the phone will still retain the 3.5mm audio jack. As you can see, it comes with a special circle hole dedicated to the headphone cable.

Last year, some smartphone makers canceled the 3.5mm audio jack in order to start a new trend in the market as well as to make their handsets waterproof. They even switched to the USB Type-C interface from the regular micro USB port. But this caused a lot of complaints because the most of headphones come with a 3.5mm jack instead of a USB C. to solve the problem the manufacturer began including a USB Type-C to 3.5mm jack adapters in the boxes. And of course, there is always an option to listen to music wirelessly. But many customers continued complaining of this. So it turns out Samsung has heard what its fans say and decided to bring back the 3.5mm jack.

At last, there have been too many leaks and rumors concerning the Samsung Galaxy S9/S9+. So we should state we don’t know anything certain about them. We only have to cross fingers and wait for the MWC 2018 that should be held in February next year.