Today Hisense released a new smartphone for its Dolphin line with a codenamed of simply Hisense Dolphin 2. This is an entry-level device with a full-screen technology and a Snapdragon chip. Thus it’s a good move to bring the trendiest feature to larger masses. The only ‘shortcoming’ is the price – it is way higher than the same Xiaomi Redmi 5 sporting identical features. But the Dolphin 2 has a few selling points that make the price tag quite acceptable if you are a devoted Hisense user. 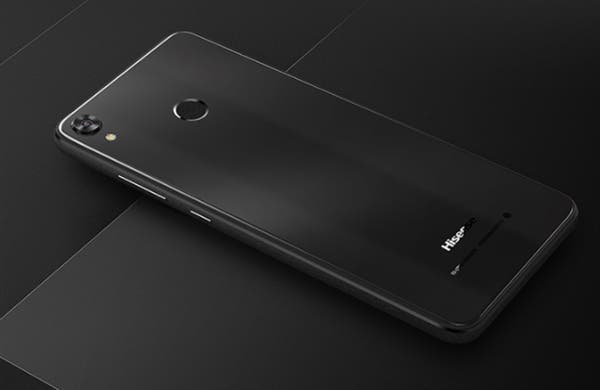 The Hisense Dolphin 2 sports a 5.99-inch display with an aspect ratio of 18:9, a resolution of 1440×720 pixels, and a 2.5D arc glass. As for the hardware, it is packed with a Snapdragon 430 chip found on a number of devices such as the Xiaomi Redmi 4, Asus ZenFone 4 Max, Nokia 6 and others. It is paired with a 4GB of RAM and 64GB of internal storage. The phone also comes with a 3400mAh battery, a 12MP rear camera, a 16MP front shooter supporting beautify and voice shooting, and a fingerprint scanner on the back.

Thus we can state the selling point of the Hisense Dolphin 2 is its front camera. It’s difficult to say this is a selfie-centric smartphone because the devices with such a title come with a way powerful cameras. However, this handset can connect with Hisense Home Appliances. Thus if you have been using smart home products carrying this brand, most likely you would like to control them remotely via this handset. At last, this phone has a built-in learning software covering learning content such as preschool, elementary school, junior high school, high school, language, hobby, occupation, and seniors.