The Razer Phone was announced two months ago, in November 2017, bringing high-end specifications and a stunning 120hz display. Now according to a number of reports, it might get a successor sooner than expected.

A hot report comes from the usually reliable French source, FrAndroid, which says that the second generation of Razer smartphone could be released in September 2018. The source also claims that the Razer Phone 2 might come alongside a commercial consumer-ready version of Project Linda, though Razer haven’t made a final decision on this.

For those who have been living in a cave during CES 2018, Project Linda is a 13.3-inch laptop that uses the Razer Phone as its core, brain, and touchpad, but also adds an extra independent amount of storage and battery juice. With Project Linda, the user will only need to dock the smartphone into the laptop to expand the experience, productivity, and usage. Razer states that one of Project Linda main objectives is to break the walls of mobile gaming. 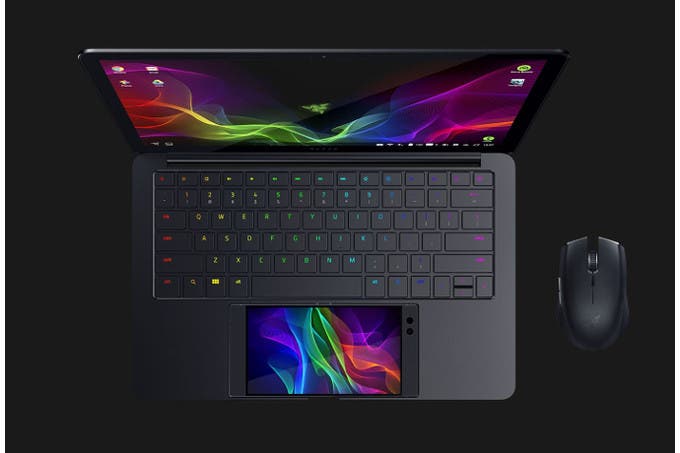 If rumors were not enough, Razer CEO’s Min-Liang Tan also teased the known YouTuber Marques Brownlee, with a response that shows that the exec is really considering making Linda a real product for any interested consumer.

Well I could do something about that I think….

Although September is not so far as November 2018, it still is too early to have to speculate all the details of the upcoming Razer Phone 2. However, just looking at the current model, we can have an idea of what to expect. Our “Gizchina’s special midnight bet” would be a Snapdragon 845 paired with 8GB of RAM and 128GB of Storage, the Display should come once again with 120hz, but we are uncertain if Razer also intends to join the 2:1 displays party.

We’ll be following the next chapters of Razer story in the mobile handset industry. Project Linda is a promising hybrid mobile device and for sure will be one of the most anticipated handsets during this year, though not stealing all the bright of Razer Phone 2. So far, what are your expectations for both devices? Let us know in the comments section below.