Seems that Xiaomi chooses today as a special day for making some amends in the fifth generation of Redmi phones. Both smartphones were launched in December, but while the Redmi 5 Plus was a higher variant, the Redmi 5 brought more modest specs, being only available with either 2GB RAM + 16GB Storage or 3GB RAM + 32GB Storage.

Perhaps, due to market demand, Xiaomi has today quietly released a third variant of the Redmi 5 packing 4GB of RAM and 32GB of Storage. The newest version of the smartphone is already available for purchase in the Xiaomi Chinese Online Store. 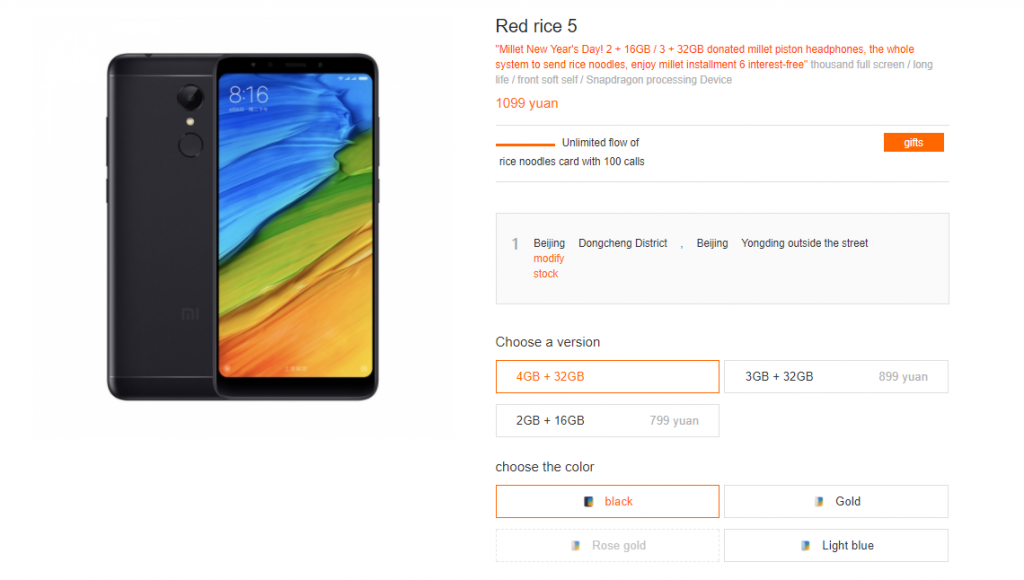 The new 4GB RAM variant will cost a little more than the 3GB RAM variant, specifically $35 more (200 Yuan). The consumers that decides to pay the $173 ($1,099 Yuan) Price tag will have a Redmi 5 with extended multi-tasking capabilities.

This new variant arrives in Gold, Black, and Blue variants. Apart from the RAM amount, all the specifications remain the same. The Redmi 5 counts with the power efficient Snapdragon 450 Chipset, placed beneath a 5.7-inch 1440x720p 18:9 display. Camera-wise the handset counts with a single 12MP rear camera and a 5MP front-facing snapper.

Running all those specs, the handsets counts with a 3,300mAh battery, along MIUI 9.1 placet atop Nougat 7.1.2. Currently the new variant of the smartphone is only available through Xiaomi’s official website, however, it may go worldwide.

Previous LG G7 is not dead, but it will only come when ready, affirms OEM

Next Report: Smartphones sales inside China decreased in 2017 for the first time ever

Redmi 5 to be Amazon exclusive in India, expected to be priced Rs 6,999

The Redmi 5 comes to India next week