So, folks, this seems to be the real deal. After a flood of leaks the subject of which was the Galaxy S9/S9 +, this seems to give the clearest idea of the front of Samsung’s hyped flagship duo. And we also have reason to believe that this could very well be the real design that we see next month on February 25th. 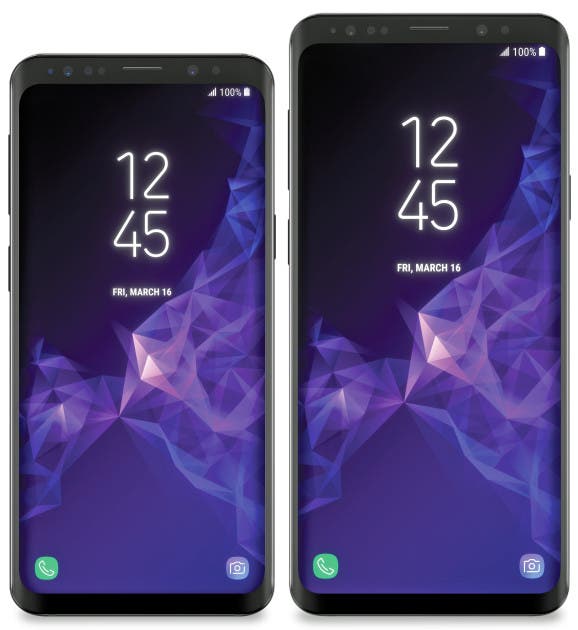 The leak’s source is reliable enough that we can draw conclusions from this design. Samsung’s Galaxy S9 was always going to be more of an iterative upgrade rather than something completely new. This image shows the front bezels have been trimmed ever so slightly to make the display taller. Otherwise, it is strikingly similar to the Galaxy S8.

However, there will be more differences between Galaxy S9 & S9 + this year. Apart from the obvious screen size difference, the camera department and the RAM + Storage department will see a disparity between the two handsets. As reported, the Galaxy S9 will come with a 4GB + 64GB combination. While the bigger model will come with the 6GB + 128GB variation.

Another change that will leave Galaxy S9 buyer less enthused is the camera. The Galaxy S9 + will reportedly sport dual rear cameras. Both devices will feature a special 12 MP primary shooter with variable aperture. This means that the lens can shift between the industry lowest f/1.5 and f/2.4 aperture. Also, this time slow-mo is highly expected to be present on both the phones. The Galaxy S9+ will add another 12 MP rear lens in the mix hopefully boosting its camera performance even more.

Samsung’s coveted next-gen flagship phones will be unpacked on February 25th ahead of MWC 2018.