Sony has already sent out invitations for MWC 2018. Though the Japanese manufacturer has been received too many complaints concerning the passivity on the smartphones market and especially on the full-screen market, the company calmed down everyone stating it will stay in the mobile industry for strategic reasons only. Seems this takes some responsibility off Sony, and we can’t wait and require more from it. But Sony is among those rare companies that haven’t launched yet a single full-screen handset. Seems it is going to happen in late February in Barcelona. Recently, we learned the upcoming Sony flagship is dubbed as the Sony Xperia XZ Pro. It is going to be first 18:9 screen smartphone coming our way from the Japanese tech giant. But there is a more interesting feature coming with this phone. 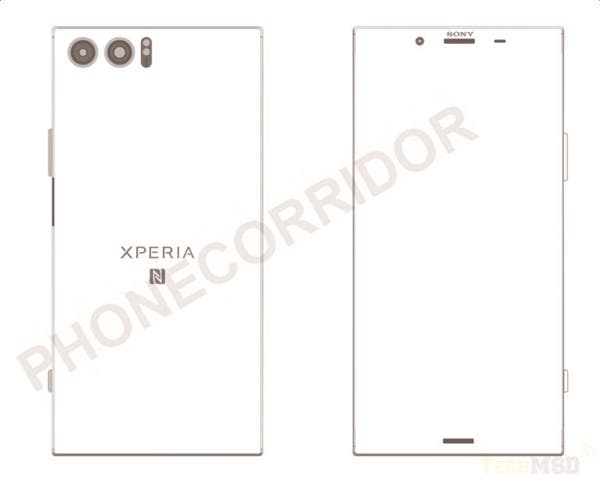 The market is full of full-screen handsets. Any smartphone maker has its own representative there. Sony hasn’t. And the Sony Xperia XZ Pro is going to become the most attractive full-screen device in the world. Earlier we reported Sony is working on a flagship sporting a 4K OLED display. This should bring a new viewing experience to the market. Later it became known the mysterious device is the same Xperia XZ Pro.

As you remember, the first 4K screen phone was the Sony Xperia XZ Premium, which was announced last year using an LCD screen. Until today, this technology could reach 2K resolution only. So with the launch of the Sony Xperia XZ Pro, the company will make a revolution in the smartphones market.

Though we have heard too much about this handset, nothing certain leaked concerning its appearance. Today, its design spy photos leaked showing a Xperia-style appearance but with obvious changes. As we can see, the Sony Xperia XZ Pro uses a full-screen design. The forehead is greatly reduced, while the borders have become way narrower. At the same time, the fingerprint scanner continues laying on the side. On the back, we can see a dual-camera with LED flash. And there is an NFC support.

The Sony Xperia XZ Pro is going to be the best smartphone in terms of hardware and screen. Besides the 5.7-inch 4K OLED screen, it should be packed with a Snapdragon 845 chip, 6GB of RAM, and 128GB of internal storage.