Next week is set to be a hyperactive seven days for the smartphone community as MWC kicks off on February 26th. Asus has confirmed its presence at the high-profile event. Also, the Taiwanese phone maker will reveal its ZenFone 5 family at the event a bit earlier than expected. The ZenFone 5 which will be the premium variant was leaked in renders recently surprisingly had a notch on its forehead. Now, courtesy of another source, we can now see it in the flesh. 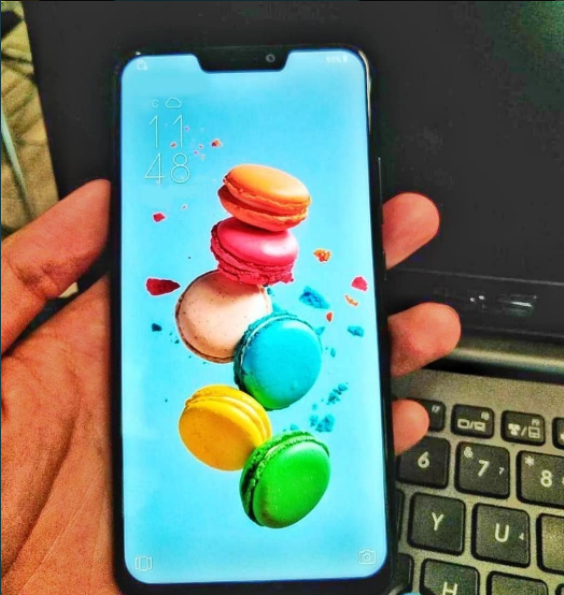 Its been crazy this year how Android phone makers have rushed to make a notch on their phones following the iPhone X design. However, none have actually come close to Apple’s design. Contrary to that, they’ve actually made their devices even uglier in my opinion. The ZenFone 5 in this newfound image looks much better than the others because of the thin bottom bezels (which should disappear). Moreover, it seems much more minimal compared to the render. We’ll only have to wait to see the true difference. All this is supposing the image is of the Asus device. Huawei also has the P20 line which looks quite similar, hence the doubt.

We can at least make out the earpiece and the camera lens situated on the notch. However, what intrigues us is the software aspect. Android isn’t used to the notch design like iOS. It remains to be seen how app developers will cope with it. As it is, even the 18:9 aspect ratio isn’t supported by many apps, let alone the notch.

The Asus ZenFone 5 will come with Android Oreo, USB Type-C, and thankfully, a 3.5mm jack. The rear will host a duo of cameras and a fingerprint sensor according to latest info. More info regarding the flagship line will be available soon after MWC kicks off.

Next Corsair One Elite Top-End Mini PC Announced At $2999.99