When Xiaomi launched an experimental phone named the Mi MIX, many were sure such a design won’t go viral. But the manufacturer was using a few innovations that helped the full-screen design become a mainstream. Seems something like that will be announced in a few days on February 26 by VIVO. Today this Chinese smartphone brand officially announced it will be launching a full-screen concept phone named the APEX. 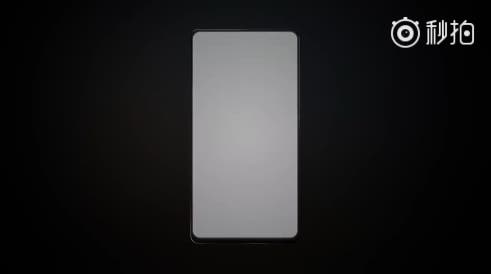 The official video and the poster show the shape of the VIVO APEX. According to the, it has not the forehead, chin, and borders on the sides. Thus it is going to be the most actual full-screen handset in the world. Moreover, the slogan of the poster is too ambitious ‘unlock the future’.

This slogan simply means VIVO is going to come in with a border-less screen (literally) and it will be using its under-display technology, undoubtedly. We know the world’s first under-display fingerprint identification appeared on the VIVO X20 Plus UD. Now the same technology should be found in other VIVO flagships as well. But there were rumors VIVO is going to enhance this technology.

Earlier, when a mysterious VIVO phone leaked on spy photos, we noticed an app icon named ‘Half Screen’. As the icon had a fingerprint picture, many were thinking VIVO has gone further in terms of fingerprint identification, and instead of using a specific area for identifying the fingerprint, the half of the display can be used for that purpose.

At last, we have also heard and seen some rumors and leaks concerning another phone dubbed as the VIVO Xplay 7. With the VIVO APEX poster appearance, there is a chance we are talking about the same phone. But if recalling the previous leaks the XPlay 7 is real and is going to be the next-gen Xplay phone. Therefore, the APEX is something else.

Previous Samsung Galaxy S9 event: start time and how to watch it live

Next [GizPoll of the Week] What Is Your Preferred Smartphone Screen Size?