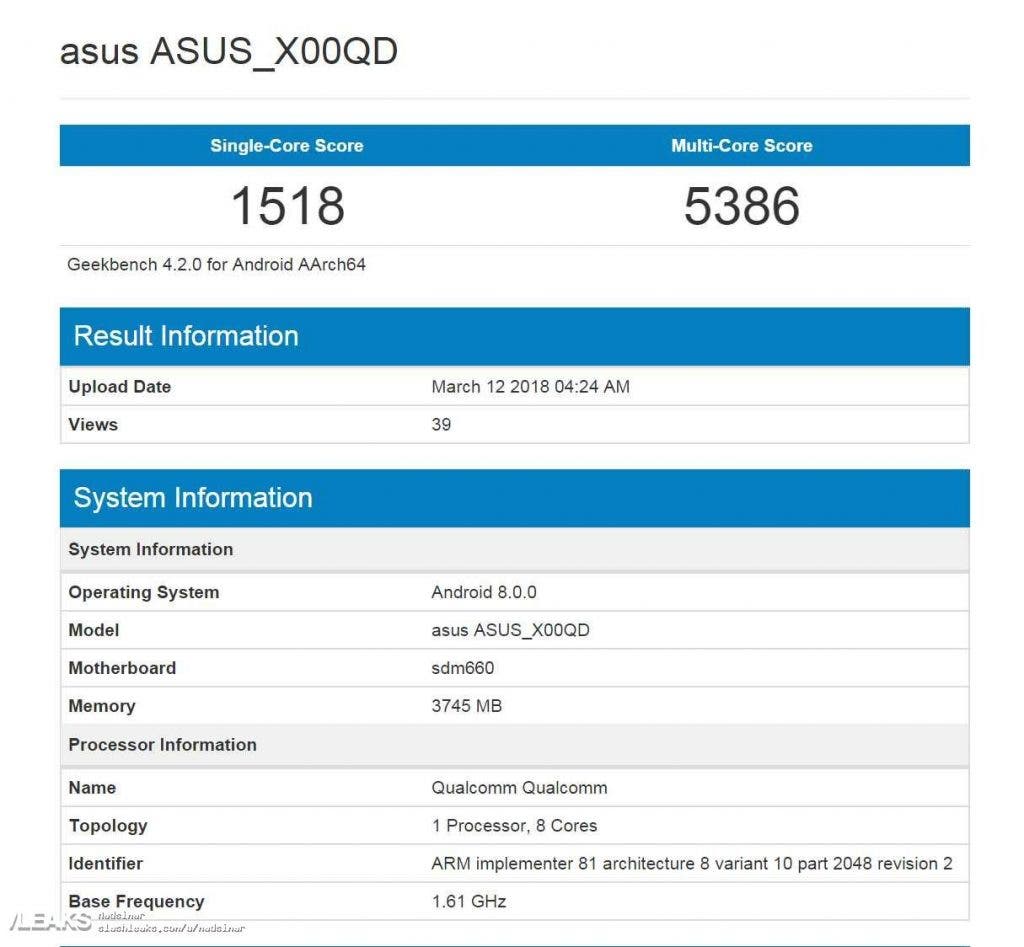 The listing on Geekbench reveals some key hardware details of the Zenfone 5 Max. For starters, it will sport the sdm660 aka Snapdragon 660 chipset clocked at 1.61GHz coupled with 4GB of RAM. It will run Android Oreo 8.0. It has scored 1518 points on the single core and 5386 points on the multi-core test.

Reports are indicating that the 5 Max will feature a 5.7-inch full screen display with a 1920 x 1080p resolution and 18:9 aspect ratio. The possibility of the notch is also present. A render that was revealed earlier, has confirmed the presence of a dual camera setup on the back with the fingerprint scanner sitting on the back too. The bottom part of the frame houses the USB type-C port and the 3.5mm jack. The connectivity features would include dual band WiFi, 4G LTE, GPS, etcetera.

Asushas not given any word regarding the unveiling of the smartphone, but expect it to hit the shelves soon since it has already made its appearance at Geekbench and the WiFi Alliance. The Zenfone 5 Max might be sold as a mid ranger, judging from its specs. Watch this space for more!