One of the most popular movies launched in Chinese industry in 2017 was the Wolf Warrior 2. The main role was featured by Wu Jing. Actually, we are not going to talk about this thriller, but there is a scene when the hero continues using his smartphone after taking it from the fire. Seems this handset is going to become a reality. But we have seen too many rugged smartphones. So what’s the trick? It’s said the phone from the movie will come with a tri-proof feature and will be made by AGM, a well-known manufacturer that aims at rugged handsets. If this is not enough to make you wow, it will be the first phone powered by a Snapdragon 845 chip. 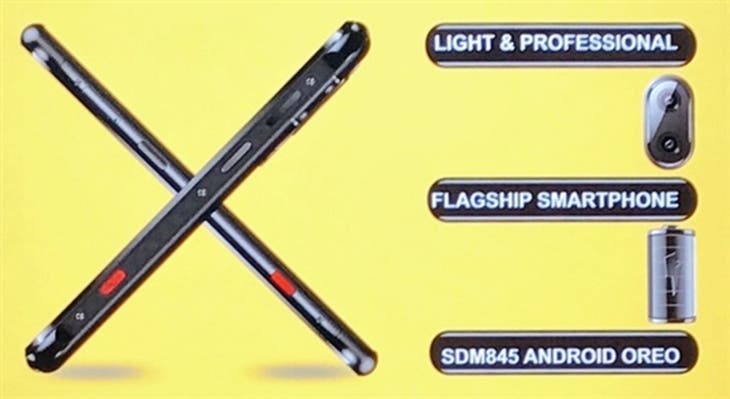 Actually, this manufacturer has come in with myriads worthy models such as the AGM X2. It’s a high-end smartphone with a MIL-STD-810G U.S. military certification. Of course, it looks like a regular solid device, but this handset is very attractive when it comes to hardware – Snapdragon 653 chip, VOC (Volatile Organic Compounds) sensor, 6GB RAM, 6000mAh battery supporting Quick Charge 3.0, dual-camera providing DSLR-like performance, AMOLE screen protected by Corning Gorilla Glass 5, and … a glass body.

As you see, the company has done its best to bring many high-end and mid-range features to a rugged phone. But it doesn’t stop here – the next-gen AGM X3 is going to be even more powerful. It’s reported the phone will be packed with a Snapdragon 845 chip, 5.99-inch full-screen with an 18:9 aspect ratio, 8GB of RAM, and many more. But we are dealing with a rugged handset. So it’s expected to see many defensive features as well. As for the AGM X3, it will support tri-proof features. IP68 will is a must. 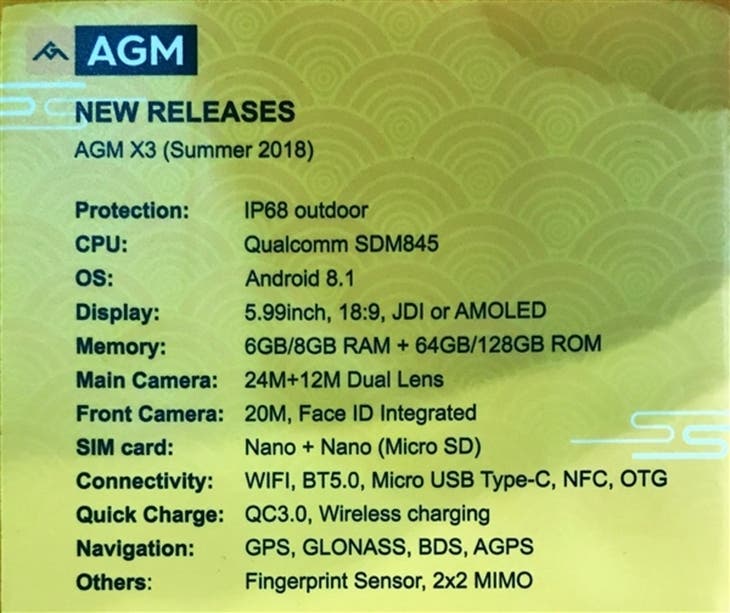 As for the rest of features, the AGM X3 that is set to launch in summer, will come with a 24+12MP dual-camera module, 20MP front shooter supporting facial recognition, Bluetooth 5.0 support, USB Type-C interface supporting OTG, NFC, a battery at an unknown capacity but supporting Quick Charge 3.0, fingerprint scanner and many more. Thus it is going to be the best tri-proof smartphone around the globe.