Huawei will be having a busy day later this month, precisely on March 27th. The P20 series and the successor to the P10 having missed the MWC would obviously be the star of the event. It has been established in the past few weeks that the P20 series will come in three models: the base Huawei P20, P20 Pro, and the P20 lite. And while these devices have had their fair bit of leaks, the Huawei P20 Pro, codenamed Emily or EML-L29, has hit the Geekbench benchmark database. Not much was revealed, but we do get to see some of the phone’s specs as a result.

The listing shows the alleged Huawei P20 running an octa-core chip with a clock speed of up to 1.84GHz coupled with 4GB RAM. We are not exactly sure what the processor, but there are pointers that it might be the company in-house flagship Kirin 970 chipset embedded with a neural processing unit (NPU). The same chipset first featured in the flagship Huawei Mate 10, and given that the Kirin 960 launched back in 2016 ended up powering the Mate 10 and the Huawei P10, we have no doubt whatsoever that the P20 series will debut with the Kirin 970.

There isn’t much to take home from the listing,  but it does reveal that the Huawei P20 will run Android 8.1 out of the box. In terms of performance, the device scores 1878 for single-core performance and 6699 for multi-core tests. Although the scores are far below that of the Galaxy S9 which the P20 is expected to compete fiercely with, the scores measure up with those of the Mate 10 with similar SoC. 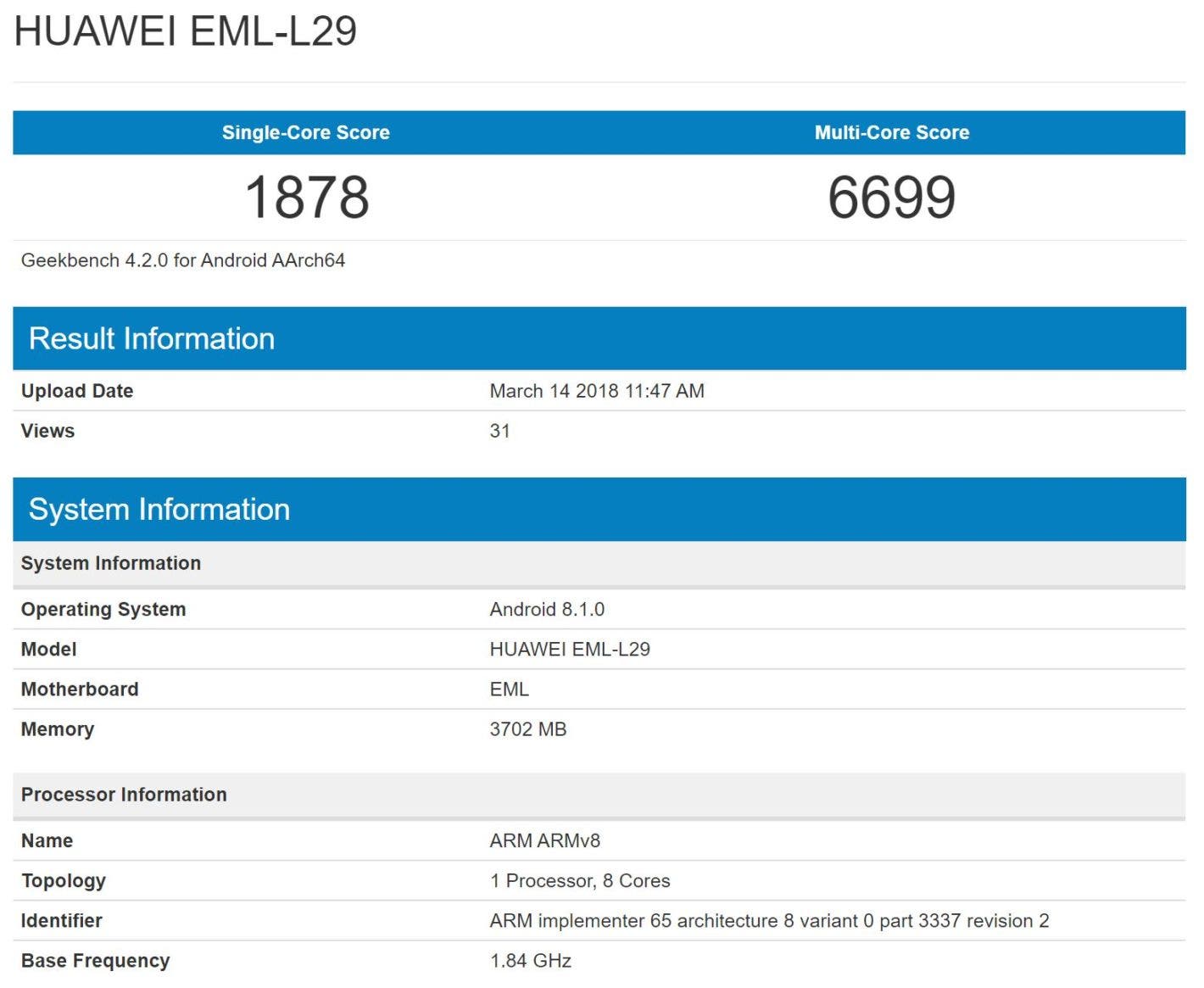 We have quite a lot of unofficial information about the Huawei P20 phones here, but we’ll get all the official details at the phone’s official launch in the following days.