The Huawei  P20 series has just surfaced on China’s TENAA website, at least based on two model numbers of three Huawei phones that just got certified in China.

The Huawei EML-TL00 and EML-AL00 devices are two of the three devices, and based on previous leaks, the EML” could refer to the Emily – a codename for the Huawei P20, while the two Huawei devices with model number CLT-AL00 and CLT-TL00 could refer to Charlotte and should, therefore, refer to two variants of the Huawei P20 plus.

The certification site as of the time of publishing this hasn’t given out details and images of the certified Huawei phone, but we expect such to surface in the following days. 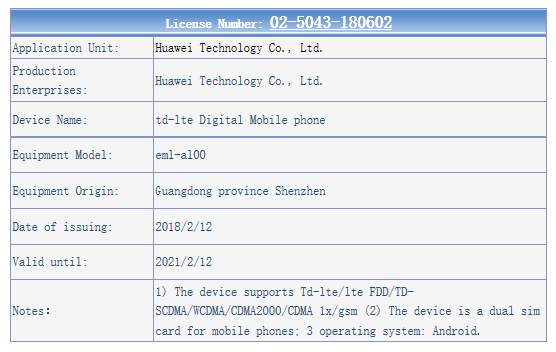 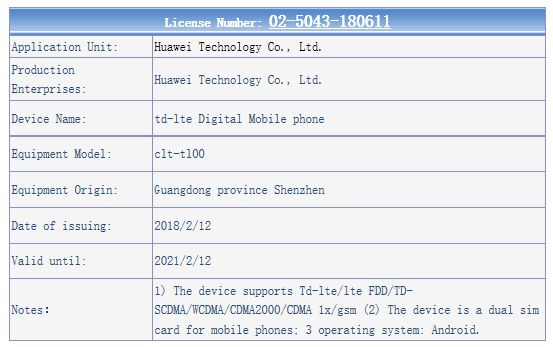 Both of these smartphones will ship with Android Oreo out of the box, and if a recent leak is to be believed, both devices will come triple rear cameras as well as all glass or ceramics rear design. No record of the Huawei P20 Lite variant has surfaced on TENAA, but the device has already been certified by FCC  where it was revealed the device will come with a dual rear camera.

Next On-Screen Fingerprint Sensor For Galaxy Note 9 Not Certain