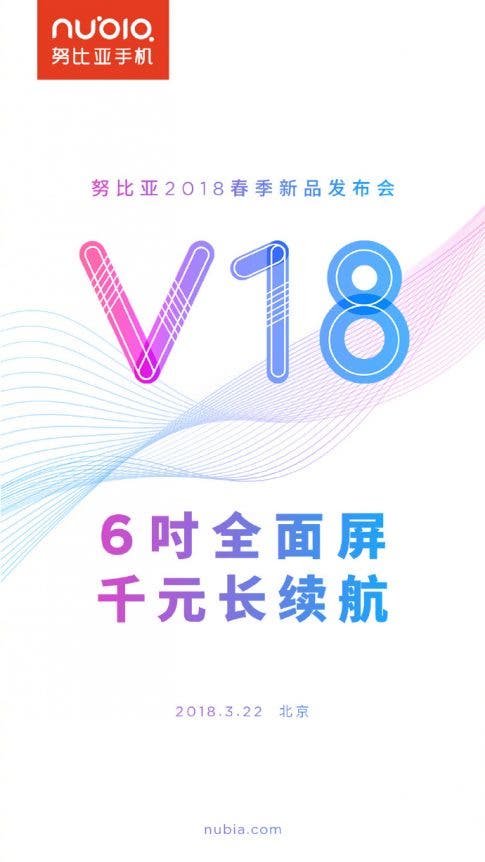 Currently, we’re being bombarded with the Huawei P20 leaks which are all over the place. Hence, there is little we know about the ZTE Nubia V18. However, a ZTE device called ZTE V890 passed TENAA recently. The ZTE V890 also sports a 6-inch screen. Now, it can’t be said for sure that this is the Nubia V18, but there is a possibility. We reported the other specs details of the handset yesterday.

ZTE’s sub-brand is also working on a gaming smartphone but it does not seem that the Nubia V18 will be that device. That’s because it will probably be priced around 1000 Yuan (~$158).

There will be a frenzy of smartphone launches this month with big guns like Vivo, Oppo, Xioami and Huawei all joining in on the action. We look forward to a very interesting two weeks coming ahead.