The Xiaomi Mi MIX 2S will be announced on March 27 in Shanghai. Today, the company published the official poster of the upcoming model with a spokesperson, Wu Yifan. The slogan of this handset is identical to the Xiaomi Mi Note 3 – ‘a technology, an art’. Xiaomi has been always focusing on the quality and innovations. But it’s also been paying attention to the appearance of its products. So this is the best slogan it could come in with. 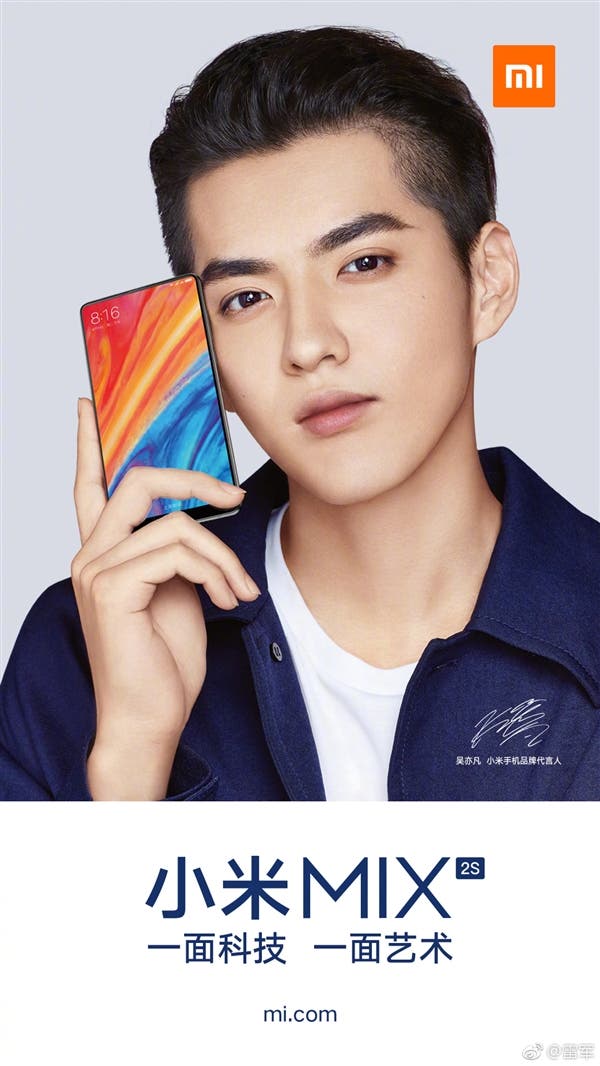 As we can see, the front panel continues using a tri-bezel-less design with narrower borders and a chin. Though the spokesperson covers the (assumed) front camera area, we are sure it will be left there where it’s been. Probably, this is the main reason why the manufacturer doesn’t call it the Mi MIX 3.

As for the back, the poster didn’t show off anything. So we should rely on previous leaks. According to them, the Xiaomi Mi MIX 2S will be the first from the MIX-series to sport a dual-camera. The camera layout seems to be identical to the newly announced Xiaomi Redmi Note 5. But they will differ a lot in terms of sensors and shooting performance. Earlier, we have heard the Mi MIX 2S will be using two independent sensors. Plus, it will come with some AI elements.

At last, the Xiaomi Mi MIX 2S will be the company’s first Snapdragon 845-powered smartphone. As you know, the Mi 7 will hit the market in summer. So with the launch of the Mi MIX 2S, the manufacturer changes the release schedule of its flagships.