In less than a week, the new annual flagship of the Chinese leading smartphone maker will be officially uncovered. The Huawei P20 is set to launch on March 27 in Paris, France. Actually, we know everything about this handset. It has been spotted in spy photos, screenshots, and other documents for myriads of times. Today, Slashleaks published a photo of so-called Huawei P20. But what’s more interesting, the newly announced Nova 3e is put next to it. So we can clearly see all the commonalities and differences between them. 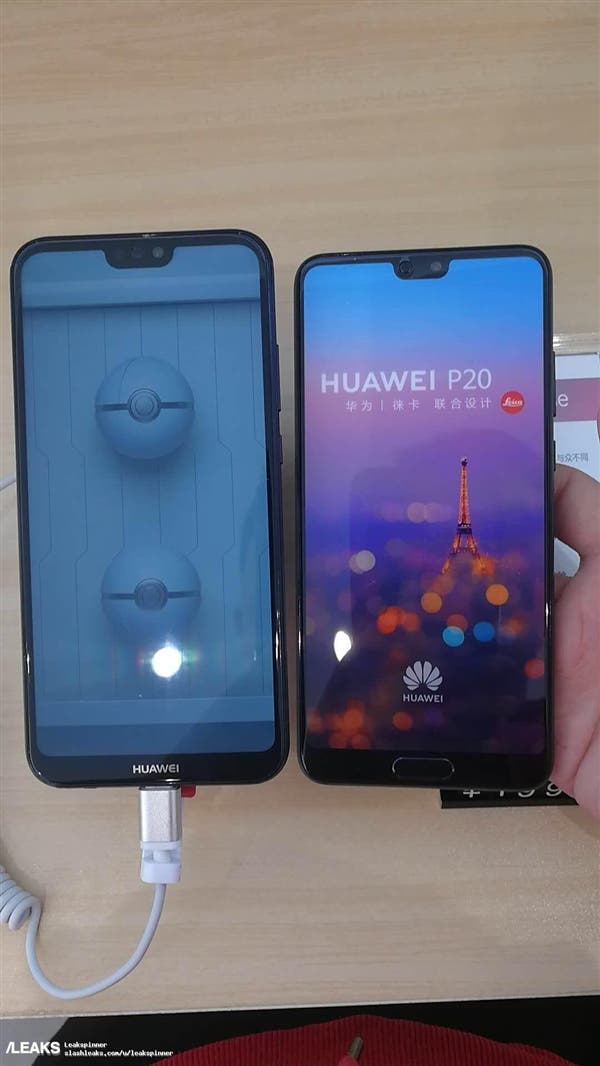 Both models use the iPhone X-like bangs screen. But as we can see, there are some differences. Say, the P20 comes with a home button that also hides a fingerprint scanner. It is removed from the Nova 3e. So the fingerprint reader is placed on the back. By the way, we have heard this model will come with a dual-camera using Leica optics and arranged vertically. This is a new trend in the smartphones market. The back is made of glass.

Actually, the Huawei P20’s borders are narrower than the Nova 3e. Plus, the bangs part is smaller. But both devices sport a 5.8-inch display. So it turns out the P20 should be smaller in size. This is a good news for small-hand-sized users.

Next Beelink TV Boxes Starting at $27.43 over on Lightinthebox