At the MWC 2018, Samsung was the first to introduce the Galaxy S9 and Galaxy S9+ smartphones equipped with the latest Snapdragon 845 chip. Later other companies came in with their own models. Among them, Sony announced the Xperia XZ2 and XZ2 Compact, while Asustek launched the ASUS ZenFone 5Z. Yesterday, PhoneArena published renders of the much-rumored HTC U12+. Moreover, the source claims it is going to be the next Snapdragon 845-powered smartphone. 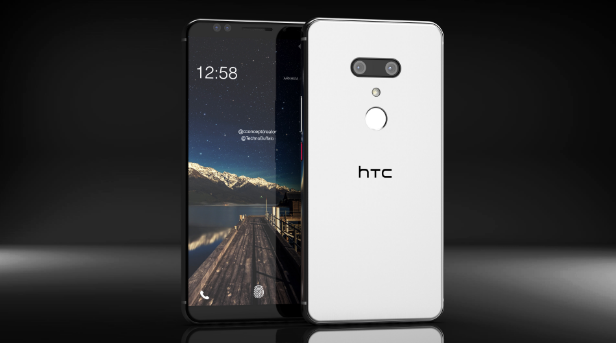 According to the source, the HTC U12+ uses a double-glazed glass design and uses a metal from. On the front, it carries a 6-inch full-screen with an aspect ratio of 18:9. As we can see, it doesn’t use the iPhone X-like bangs screen. Many new smartphones launched recently come with a bangs screen (the Huawei Nova 3e is the best proof). But seems the HTC U12+ will be using a regular full-screen appearance. On the back, the phone sports a dual-camera using a 16+12MP sensor combination placed in the center. The fingerprint scanner and the flashlight are located under the camera. An 8MP camera is on the front, and the battery is 3420mAh. We have heard it will come with a quad-camera. As for the hardware, the HTC U12+ will be packed with a Snapdragon 845 chip, which will be paired with a 6GB of RAM and 128GB of native storage.