It seems a bit late for the confirmation of the specs of the Huawei P20 series because these smartphones are scheduled to launch in less than 24 hours. However, EMUI left it late to display an official poster with “8.” boldly inscribed. It appears that Huawei’s upcoming flagship P20 series will be pre-installed with EMUI 8.1 operating system based on Android 8.1 depth-customized. 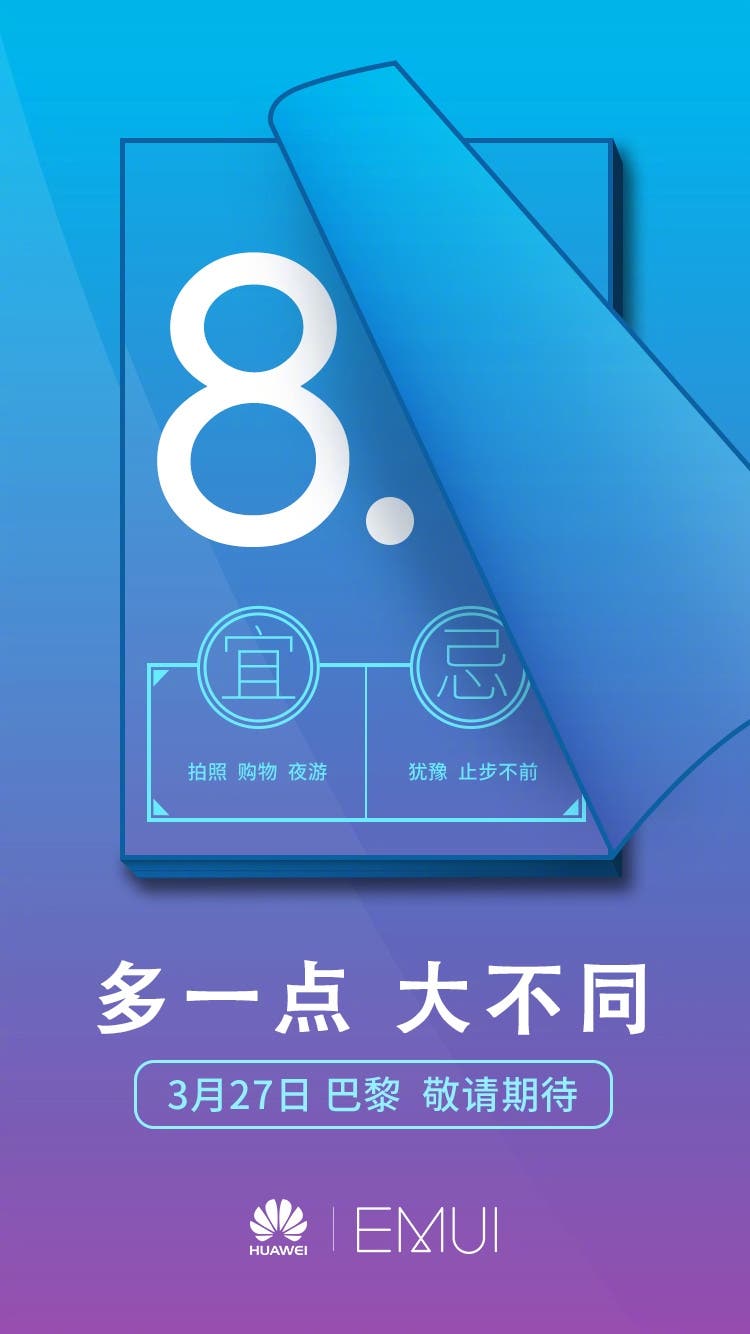