The rumor mill is more active than usual, at least for the upcoming OnePlus highly anticipated flagship – The OnePlus 6. After having a picture showing the rear of the smartphone with a brushed metal finish leaked, alongside an idea of the supposed price of the upcoming 8GB+256GB variant, The OnePlus 2018 flagship killer marked a presence in the realms of GeekBench. 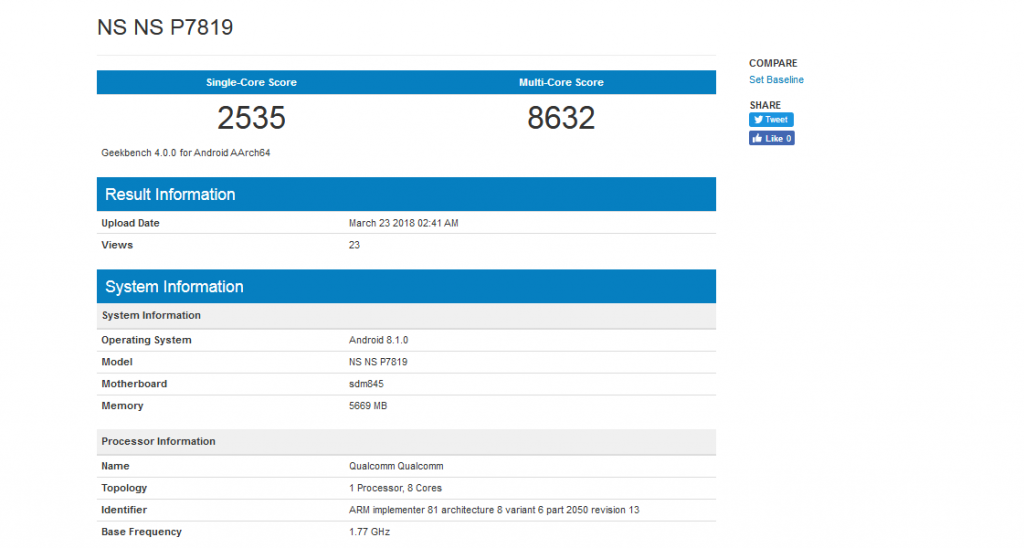 The OnePlus 6, appears with an NS-P7819 codename and looking into the results we can see that the flagship killer will be a strong contender among the competition. In a comparison, the Single Score result of 2535 and the Multi-Core 8632 points already surpasses the almighty Samsung Galaxy S9 – Both smartphones have the same Snapdragon 845 running the party. Worth noting that those results were achieved by the 6GB RAM variant, running Android 8.1.0 Treble Compatible OxygenOS.

A few days ago the OnePlus 6 also made an apparition through Antutu database craving a punctuation that surpassed Apple’s iPhone X and the today released – Xiaomi’s Mi Mix 2s. Apparently, the company engineers and software developers found the perfect combination to drain out all the resources offered by the powerful processor.

According to reports, the OnePlus 6 will also bring a drastic change from its predecessors, embracing the controversial top notch and delivering a 19:9 (2280×1080 ) aspect ratio in a bezel-less 6.23-inch form factor. The smartphone is likely to bring a design that will resemble both Vivo X21 UD and Oppo R15. One time that all the three companies are part of the same Chinese BBK group, we wouldn’t be surprised if OnePlus decides to add the best of both companies on its next flagship. 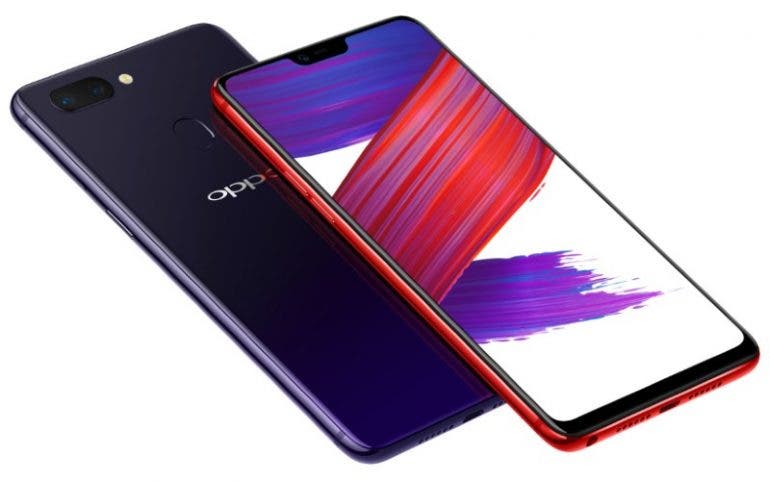 We already know that OnePlus tends to release its smartphones in June, apparently the company will follow the same timeline for the OnePlus 6. However, it’s really surprising to see so many leaks revealing specs and design three months before the supposed date. Based on this statement, we will keep our eyes on every possible leak about the upcoming flagship killer. More its release date comes near, more details and information will flow through the endless rumor mill.