Xiaomi has quite unusually launched a refresh of the Mi Mix series merely six months after the launch of the Mi Mix 2. The Mi Mix 2s was teased by the company quite a few marquee features starting in February. But today, on March 27, all is revealed. The Mi Mix 2s is endorsed by popular actor Chris Wu, who will also be the poster boy of the product, Xiaomi announced at the launch event.

The Mi Mix 2s continues its lineage of bezel-free design from its predecessor and comes with minimal bezels. There was considerable confusion regarding the aesthetics and looks of the upcoming flagship. The leaked mini-notch design was how many imagined the device. As much as we would have wanted to see it in the flesh, it is not real. Well, not after so many notch designs already. Also, the bezels have not been trimmed any more than they already were on the Mi Mix 2. 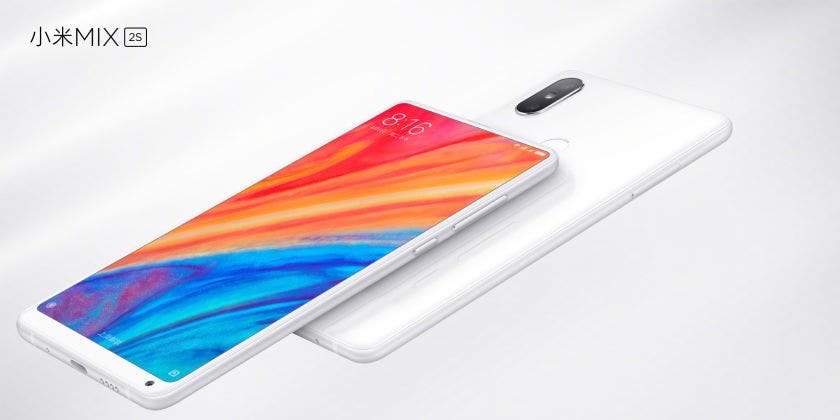 The Mi Mix 2s features the cutting-edge Snapdragon 845 SoC which Lei Jun himself said was not easy to procure. It has a 6.01-inch Full HD+ display.The handset also has a dual camera setup and AI facial recognition built-in the device. There’s a 12MP telephoto lens and a 12MP wide-angle lens combo. The telephoto lens is the Sony IMX363 sensor with 1.4µm. It also comes with Dual Pixel autofocus. All these features have been teased earlier. The selfie camera retains its previous position on the bottom chin. Xiaomi’s event was largely dedicated to emphasizing on how they have improved the cameras both on the front and the back. Here’s how Xiaomi described the dynamic bokeh effects of the Mi Mix 2s through a video.

Shine like the star you are thanks to some other great new camera features! Blur your background so you really stand out with dynamic bokeh effects #MiMIX2S pic.twitter.com/7WoHSaq3kX 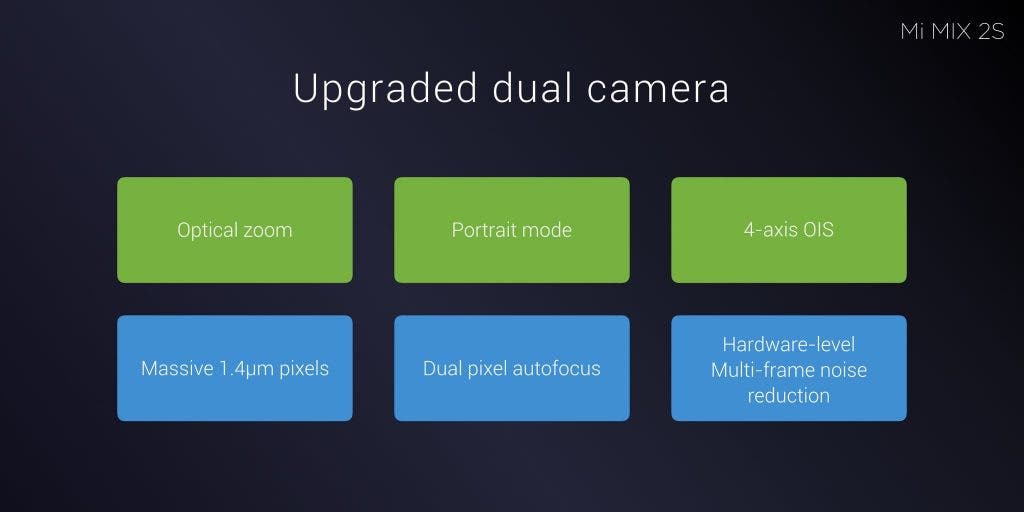 The Mi Mix 2s base variant comes with 6GB of RAM and 64GB of storage. The handset also has a 6GB + 128GB and 8GB RAM + 256GB storage variant. Xiaomi also promised wireless charging for the handset and it does arrive this time with a glass back design on the Mi Mix 2s. Xiaomi also announced a new Mi wireless charger at the event at an awesome price of 99 Yuan (Rs 1,000 approx).