Dual rear cameras are a norm for flagship smartphones and in recent times, we have seen several devices with dual front and rear camera setup. In fact smartphones like the Huawei P20 Pro even has triple rear cameras. The photography department of smartphones is consistently growing and manufacturers have to put in a lot of work to be relevant. Taiwanese manufacturer, HTC, has been struggling in the smartphone industry but the company hopes to revive its business with its upcoming HTC U12 smartphone which according to rumors may be called HTC U12+. 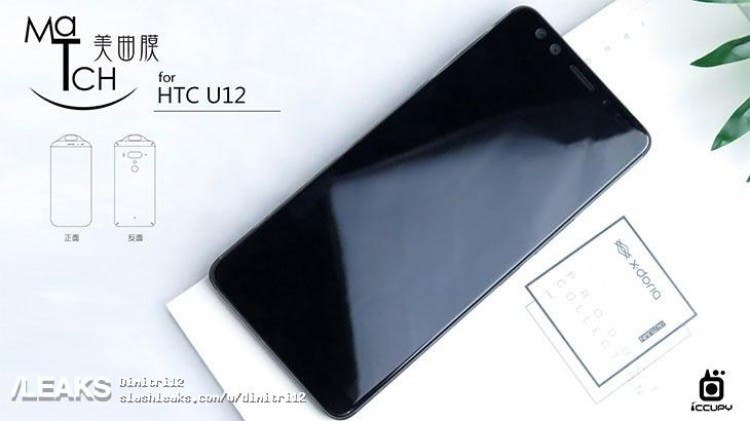 According to some images from an online listing for the screen protector, the geometry of the HTC U12+ has been revealed. The images show that this smartphone will sport a dual camera setup on the front and rear. In addition, we can see that it will use the recently popularized 18:9 aspect ratio display. 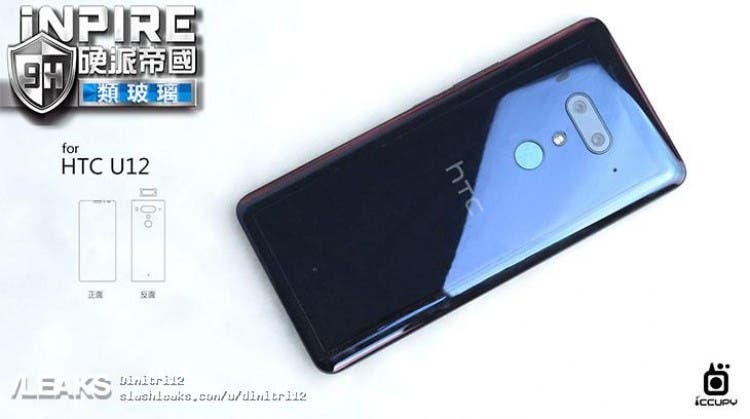 From previous rumors, the HTC U12+ will be powered by a Snapdragon 845 coupled with 6GB RAM and 64GB/128GB. This 6-inch QHD+ screen smartphone will come with Android Oreo preinstalled. In the camera department, rumors have it that it will sport a 16MPl secondary camera, both with Sony IMX3 series sensors and dual 8MP front-facing cameras which supports bokeh effects. The lights of the smartphone will be kept on by a 3420mAh battery and there is also a fingerprint sensor lodged at the rear of this smartphone just beneath the horizontally arranged dual cameras. As for the release date, speculations suggest that this smartphone will drop in the latter part of April or early May.

Next List Of Android Devices Updated With Project Treble So Far