We have seen an increase in the flow of rumors, leaks, and teasers of the upcoming Black shark gaming smartphone in the past few days, and at the moment, the company has already issued out invites for an April 13 event in Beijing, China.

And while we already know a few things about the device via benchmarks listing, and a few other leaks, the company behind the device – Black Shark has released an official teaser that reveals the device have a large-curved corner, contrasting the Razer phone’s blocky appearance, while voiding the Playstation Vita-like gaming pads design  of the device that leaked earlier this week. There isn’t much information we can extract from the teaser, but it is clearly evident the device will have a power key on the on one side, as shown in the image, while the volume rocker is expected to sit on the opposite side of the device. 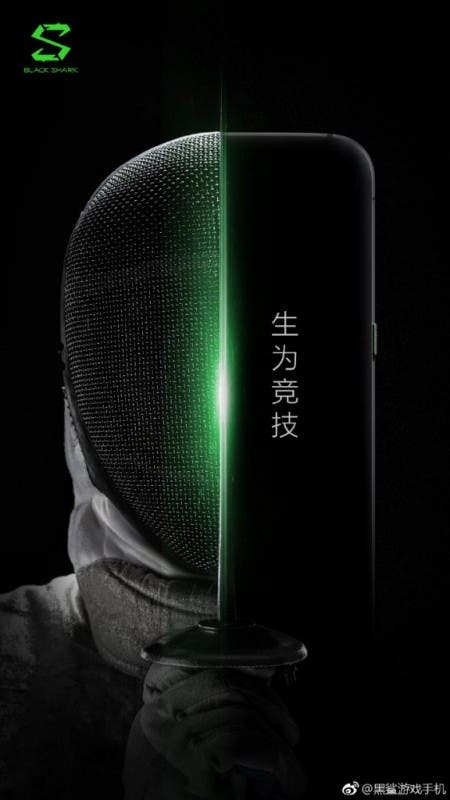 We have got to know through various leaks and Benchmark listing that the Xiaomi BlackShark gaming phone will house a Snapdragon 845 processor, coupled with an 8GB of RAM so it can handle just any game. The device is also rumored to come with a display with support for 120Hz refresh rates and HDR support, 18:9 full-screen design and a self-developed ROM, but it will reportedly integrate some of MIUI’s core functions and will naturally optimize the game.

The device will be made official on April 13th in China, so we have only a few days left to officially see the device that will be competing with the first-generation Razer phone.