Huawei is focusing not only on smartphones but tablets and laptops as well. Recently, it uncovered new high-end tablets in face of the MediaPad M5. But the Huawei MateBook X Pro with astonishing features caused more interest towards it. The new MateBook laptop was announced at the MWC 2018. But it hasn’t gone on sale until today. To fix this, the company came in with an official statement saying it will be available for purchase on April 12. 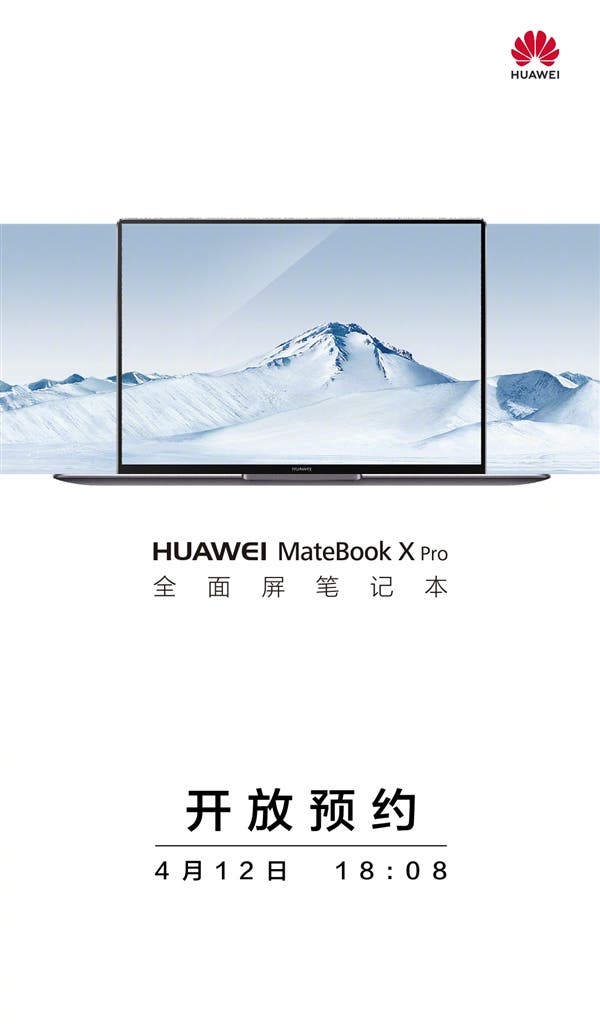 Actually, there are too many selling points for the Huawei MateBook X Pro. Officially, it’s called a ‘full-screen notebook’. As the latter suggests, the laptop comes with a 13.9-inch LTPS full touchscreen that has a screen share of 91%. Thus it almost lacks borders. The screen resolution is 3000×2000 and it has a pixel density of 260PPi. The visual effect is really shocking.

In terms of configuration, the Huawei Mate X Pro is packed with the latest Intel Core i5/i7 processor, which is coupled with an 8/16GB of LPDDR3 RAM, 256/512GB NVMe PCIe SSD, and NVIDIA MX150 graphics card with 2GB GDDR5 memory. The battery is 57.4Wh that can provide up to 12 hours of continuous video playback. Of course, it supports fast charging.

As for interfaces, the Huawei MateBook X Pro comes with two USB Type-C ports (one of them is a Thunderbolt port), a USB 3.0 port, and a headphone jack. One of the most amazing features of this laptop is the hidden front camera. It’s placed under the F key and it can be hidden when not used.

At last, the pricing of the MateBook X Pro still remains unknown. We’ll learn it on the launch day.