The full-screen market is divided into a few camps. There are manufacturers that design smartphones identical to the iPhone X. The second group of companies makes devices looking like the Huawei Mate 10. And the third camp brands come in with Xiaomi Mi MIX-like models. None of them has an advantage over the rest. As it’s a matter of taste. But the first full-screen smartphone that has gone to production and won customers’ hearts immediately was the first-gen Mi MIX. Its design has not been changed a lot since the first model. And though the Mi MIX 2 and Mi MIX 2S have become more refined, it still continues using a tri-bezel-less design. But it costs a fortune. So if you want to have smartphone looking similar to this handset and providing acceptable performance at a lower price tag, you won’t find anything better than the Vernee MIX 2. At this moment, the latter is offered for $175.99 if using the coupon (code: GBAPR074). It’s difficult to say the Vernee MIX 2 copies the Mi MIX because these are quite different brands and quite different smartphones for various purposes. But the Vernee’s model has many things common to the original model. Say, it uses the same design. On the front, it carries a 6-inch screen with a resolution of 2160 x 1080 pixels and aspect ratio of 18:9. The front camera is placed on the right bottom side of the front panel just like its founding father. On the back, it sports a 13+5MP dual-camera. It comes with a large aperture of f/2.0, double telephoto lens, and OIS. Thus it is not a regular dual-camera found on myriads of Chinese handsets and doing nothing but blurring the background. Actually, the manufacturer has put many efforts in this handset. It is not the next cheap phone with a tri-bezel-less design. This phone uses a double-glass body and metal frame. 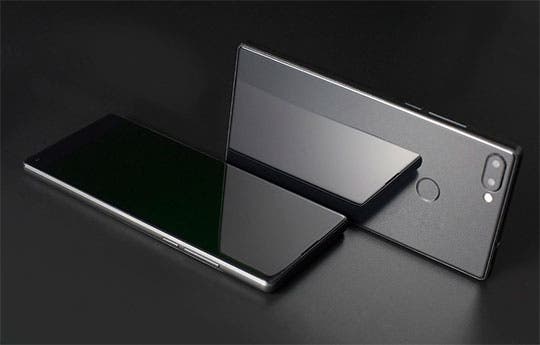 The Vernee MIX 2 is quite attractive when it comes to hardware as well. The phone is packed with a MediaTek Helio P25 (MTK6757CD) octa-core chip clocked at 2.5GHz. The SoC is paired with a 4GB of RAM, 64GB of storage, and 4200mAh battery. It runs on Android 7.0.

Previous LEAGOO S9 Reservations Kick Off - Only $1.99 for the Lucky Winners

Glimpse at the upcoming updates for Vernee MIX 2