There has been a lot of rumors surrounding the upcoming Xiaomi Mi 7. This smartphone was expected to launch before the Xiaomi Mi MIX 2S but this didn’t happen due to reasons that may be related to its rumored on-screen fingerprint sensor. Now, a new poster purportedly from Mi appeared on Weibo bearing the letter “7” with the date 5-23 lodged beneath. The authenticity of this teaser cannot be ascertained for now but it suggests that the Xiaomi Mi 7 will be launched on May 23. Unfortunately, the mysterious teaser did not reveal anything about the specifications or the design of the Xiaomi Mi 7. It is also necessary to specify that this is an alleged leak, and it should taken with a pinch of salt. 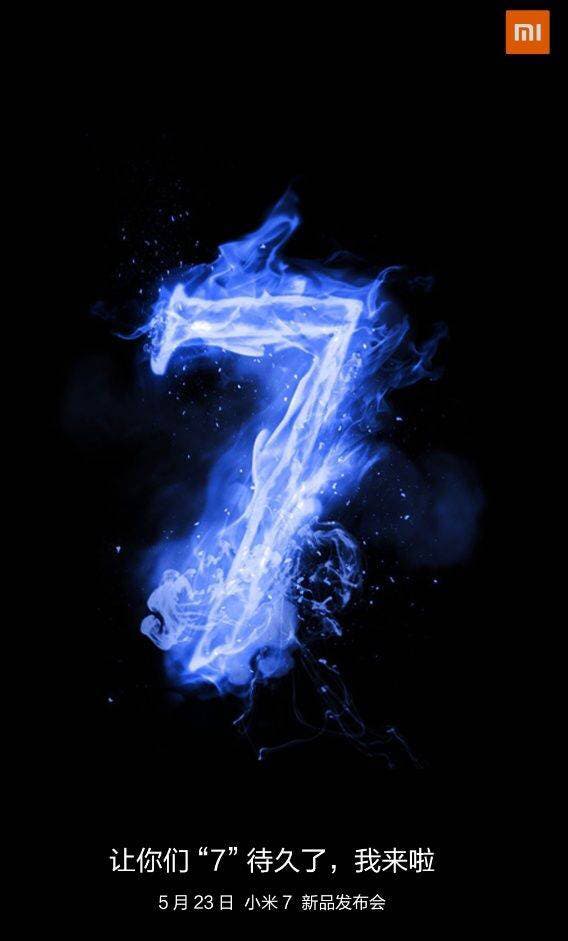 As per speculations, the Xiaomi Mi 7 will arrive with a Snapdragon 845 on board coupled with at least 6GB of RAM and 64/128 GB of storage. There should also be an 8GB/256 GB variant ( already we have seen with the Mi MIX 2S). A glass back cover (maybe a ceramic special edition) with wireless charging support is is also expected. In addition, various rumors speak of a display equipped with a notch, however, the most controversial rumor regarding this smartphone is its support for an on-screen fingerprint scanner. Pieces of information suggest that this device may support the feature but this is hardly verified. Would you like to see the Mi 7 with a notch or an on-screen fingerprint scanner? Let us know in the comments.