360 Mobile just released an interesting teaser about the upcoming 360 N7. The smartphone is indeed set to come with AI, albeit by listening to the company claims, the N7 will be smarter than that. Let’s have a closer look! 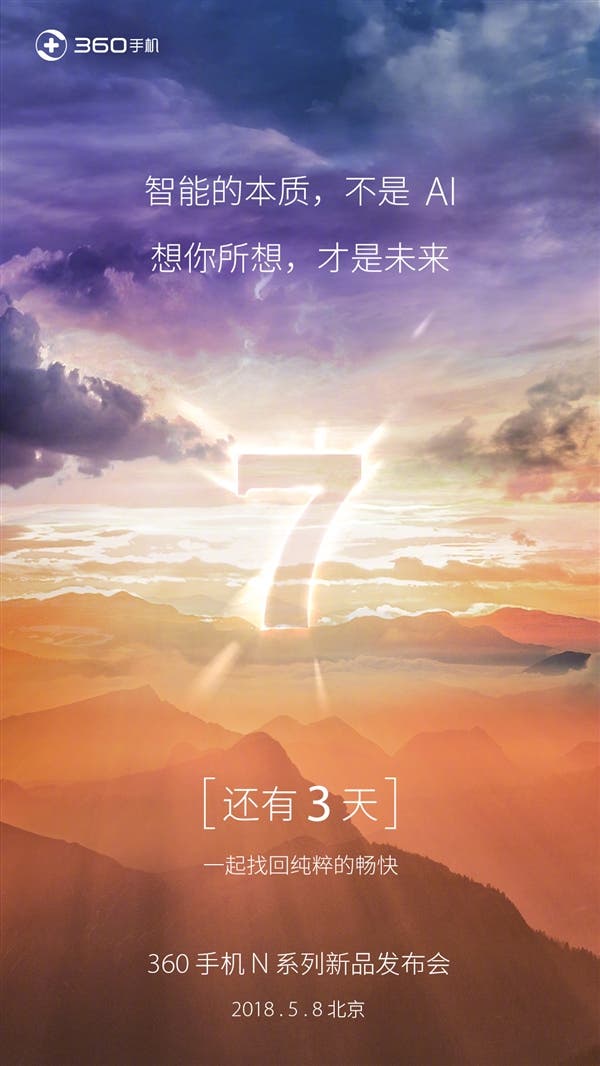 Translating the Chinese poster literally we read that: “The essence of intelligence, not AI, think of what you think, is the future, together with the recall of pure carefree”. This basically means the smartphone will be so smart that it’ll think for you, potentially bringing an ultra smooth user experience.

According to previous leaks, the 360 N7 is expected to come with a mid-range MediaTek Helio P60 processor, which is based on a 12nm manufacturing process and is composed of a Cortex A73x4+Cortex A53x4 clocked at 2.0GHz, meanwhile the GPU is a Mali-G72 MP3. We have already seen that this hardware combo was able to get around 130,000 points on the AnTuTu benchmark, which is not too different from the Qualcomm Snapdragon 660.

Other specs on the 360 ​​N7 will include a 5.99-inch In-cell display, 6GB of RAM, either 64GB or 128GB of internal storage, a dual rear camera setup, and PumpExpress fast charging technology for a max 18W charging power.

The 360 N7 will be officially released on May 8th (Tuesday) at the Beijing Film Director’s Center. As for the price, the smartphone is expected to be quite affordable at around $200.

Previous How Much Will Cost Smartisan R1 Revolutionary Phone?