Two weeks ago, Chinese phone maker 360 announced their flagship for 2018 – the 360 N7. The smartphone was revealed in black and white, with the former going on sale soon after, but up until today there was no release date for the stunning Moonlight White version.

The sale of the Moonlight White N7 was delayed due to the high difficulty in producing this coating. The metal back cover does indeed need 5 layers of spraying as well as 5 different baking processes and other complex treatments in addition to the usual coloring process. The final result is a dazzling white coating like we’ve never seen before on a phone.

In the white version the antenna lines are also hidden, which makes the phone look even sleeker. 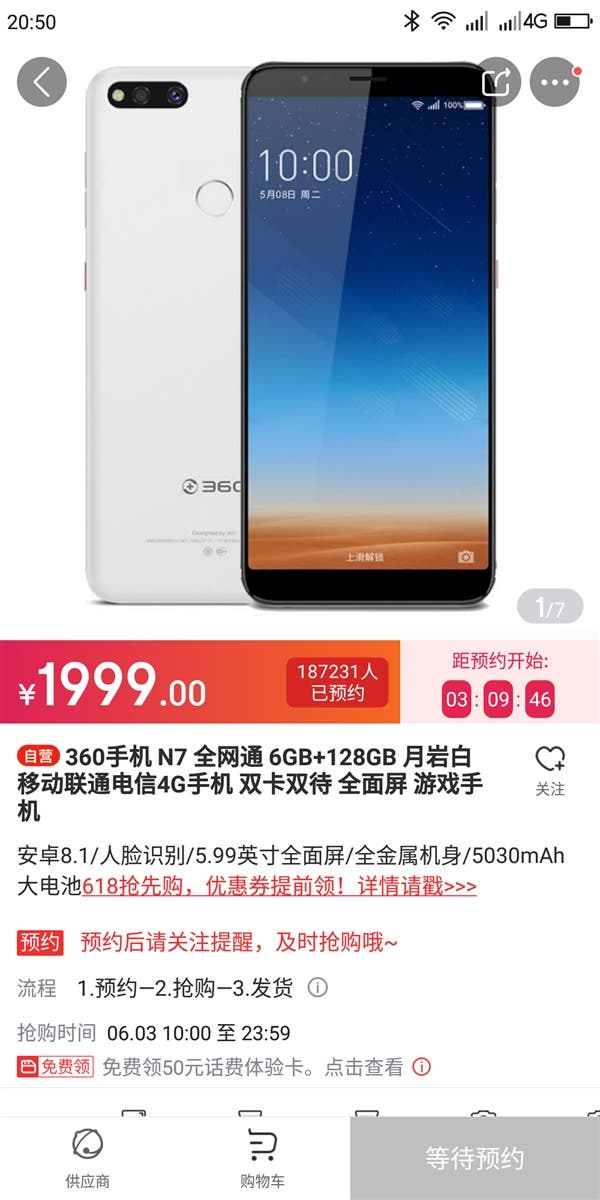 Those who might have missed 360 N7’s launch coverage might be interested in learning that the phone comes with a 5.99-inch 2160 × 1080 display and is equipped with Qualcomm Snapdragon 660 processor coupled with 6GB of RAM, 128GB of internal storage, a battery capacity of 5030mAh and runs Android 8.1 Oreo OTB.

Cameras on the 360 N7 are 16MP + 2MP on the back with support for PDAF, meanwhile at the front we find an 8MP shooter with F/2.2 aperture and beautify features.