Hammer Technology has already launched the Smartisan Nut 3 with attractive look and features. It’s an awesome smartphone with a tri-bezel-less design, but under the hood, it carries the previous-gen mid-range Snapdragon 625 chip. Of course, it is capable of providing a smooth and stable performance, but it’s not what people are waiting for. Previously, the manufacturer released the Smartisan Nut 2 Pro with a Snapdragon 660 SoC. It’s considered as a super mid-range processor. But again, customers want a true flagship. It’s coming. We know the Smartisan R1 will be unleashed on May 15. It is said to sport a Snapdragon 845 chip and bangs screen. Plus, it’s been said one of the selling points of this device will be the overhauled OS. The new software should come with AI and it’s expected to achieve over 200% efficiency in terms of performance. But how much will it cost? If it is priced too high, no one will switch to it. Seems we know the approximate price tag of the R1. 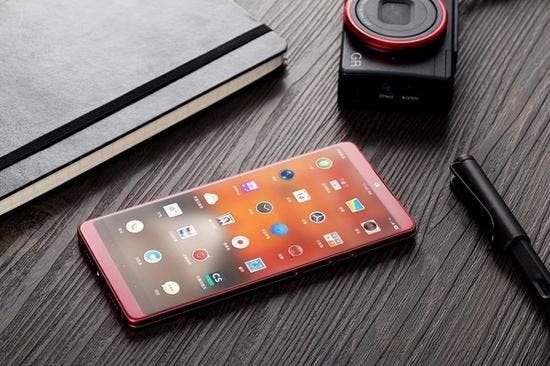 The Smartisan R1 (Revolution One) will hit the market in a few days. So it’s quite logical to get new leaks concerning its features, look, and pricing. Yesterday, Hammer Technology CEO, Luo Yonghao was asked whether the lower variant of the R1 may cost less than 3000 yuan ($471). Unfortunately, he said the starting price of the upcoming flagship will be higher than 3000 yuan, and most likely it will cost around 3500 yuan ($550).

Actually, there are many phones sporting the latest chip of Qualcomm. They all are high-end models made to compete for the highest titles. First of them is the Samsung Galaxy S9. Its starting price is 5799 yuan ($911). Next, the Sony Xperia XZ2 is also packed with an SND845. It costs 5999 yuan ($942). Both models are too expensive for regular customers. But there are a couple of handsets that are more affordable. And what’s surprising, both come our way from Xiaomi. The Mi MIX 2S’ starting price tag is 3299 yuan ($518), while the Black Shark gaming smartphone is available at 2999 yuan ($471). So it turns out the Smartisan R1 will look quite attractive if compared to the S9 and XZ2, but it will have fewer chances against the Xiaomi models.

Next 360 N7 is Coming with Super Smart AI Technology