The Taiwanese HTC has already announced it is going to launch its next-gen flagship on May 23. Thus, in two weeks, we can state whether there is a chance for the manufacturer to get back its former popularity or it will continue going to the bottom. As you know, the upcoming model is the HTC U12+. Actually, we have seen it leaked on various spy photos and we are also familiar with its key features. But today the phone spotted in a spy photo once again. 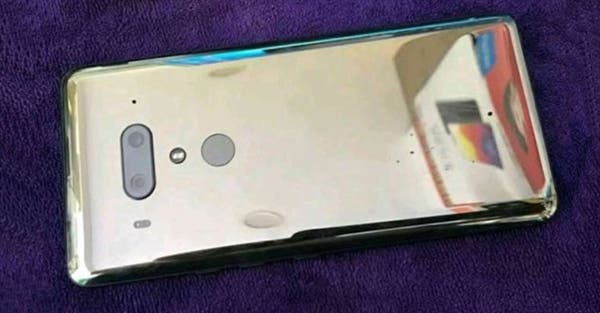 According to the leaked photos, we can say there will be at least three color options. They include blue, black, and silver. The body is said to be made of glass. And we have to state thanks to the mirror effect it looks like the Xiaomi Mi 6.

As for the hardware, the HTC U12+ is said to sport a 6-inch screen with a resolution of 2880×1440 and a Snapdragon 845 chip, which is based on the advanced 10nm LPP process technology. Apart from this, the SND845 SoC uses a Kryo 385 architecture and an octa-core architecture. The CPU frequency is 28GHz. At last, this processor is coupled with an Adreno 630 GPU, 6GB LPDDR4X RAM, and a 3420mAh battery. It sports a dual-camera with a 12+16MP sensors combination and has an IP68 rating.