We brought you some hands-on pics of the Galaxy J6 yesterday. If those weren’t clear enough, then we now have official renders of the unreleased smartphone. With the renders, it is now clear that Samsung’s J series is poised to get a facelift very soon.
The renders reassure us of what we saw yesterday, in other words, the Infinity Display.

However, don’t think this is the same as the one on the A series. The A series has a much more elegant look to it. The Galaxy A8 has curved corners while this one has a more boxy look with sharp corners. The single rear camera also shows itself here sitting on top of a fingerprint reader. 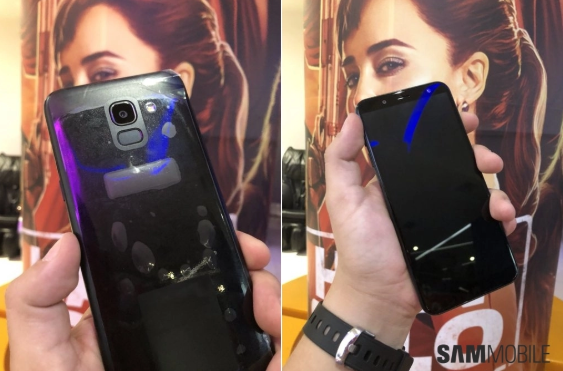 The Galaxy J6 will probably be the first J series devices to pack a thin bezel design. Read below about the leaked spec-sheet.

The display is a 5.6-inch AMOLED display with HD+ resolution and will likely possess an Exynos 7870 chipset. There is supposed to be 2GB/3GB/4GB variants and the first launch is expected in India. Yesterday, a tipster said the handset will release on May 25 in the country. The price of the handset is expected to be around Rs 17,000 for the 4GB variant.

Moreover, the Galaxy J4 is also close by as it has leaked simultaneously with the J6. Samsung will be launching four J series phones this year and the Galaxy J4 will be a shrunk J6.