We know from last week that two new Galaxy J series of devices are in the pipeline from Samsung. The Korean giant is now geared up to launch the duo, the Galaxy J6 & Galaxy J4, on May 21 in India. That leaves us three days apart from the launch date and pricing has leaked today. An Indian online publication, MobileIndian, have gotten custody of two retail boxes that include the Galaxy J6. They also seem to possess the retail box of the Galaxy A6+.

While the two J series launch is certain on May 21, we are also likely to see the Galaxy A6 duo land at the same event. This is augmented by the leaked retail pricing. The Galaxy J6 MRP is shown to be Rs.14,990 and the A6+ has a clear MRP label of MRP of Rs.28,000. The report also notes that the actual price will be a bit less than the MRP. Hence, the J6 could end up with a Rs.12,990 price and the A6+ with around Rs 27,000. Furthermore, the Galaxy J6 might have two variants, another report states. A 3GB variant could cost Rs.12,990 and 4GB variant could cost Rs.15,990. Apart from the price, we already know a lot about the Galaxy J6, so Samsung can hardly surprise us. 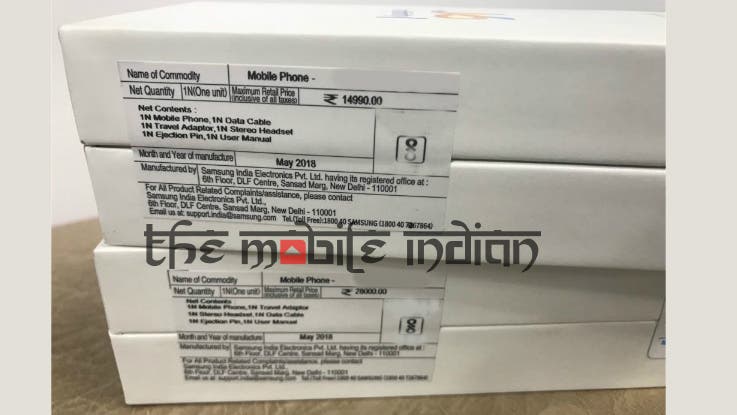 The Galaxy A6 and A6+ silently went official and pretty much everything about the two handsets is known. Meanwhile, press renders of the Galaxy J4 that will launch alongside the Galaxy J6 have also dropped today. The J4 is supposed to be a very entry-level offering which will not feature even an Infinity Display.

Below are the leaked specs of the Galaxy J4 courtesy of Winfuture.de. 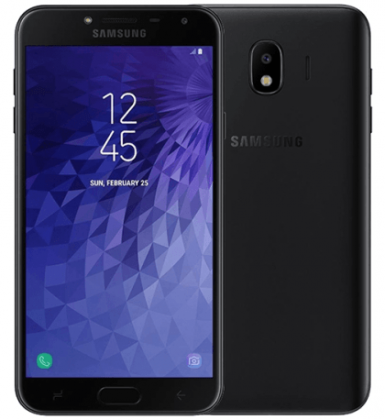