Recently, Hammer Technology has released a new flagship named the Smartisan Nut R1. The latter comes with a top-notch Snapdragon 845 mobile platform. But this can’t be considered as the most eye-catching feature of the phone. As you remember, the manufacturer has been promoting it as a revolutionary phone. When it was announced, we learned this description refers to the 1TB native storage. But customers wonder whether the large capacity affects the read/write performance. To know it, some users tested the phone via Androbench.

In response to this ‘research’, the founder of the Hammer Technology, Luo Yonghao explained how they could reach such a working speed. According to his words, the Smartisan Nut R1 uses an exclusive dual-512GB flash memory chip solution. The sequential read/write speed is equivalent to two channels that can increase the speed by 20-30%. But it is only effective for I/O operations. There is no difference in actual use. That’s why they didn’t share this information before. 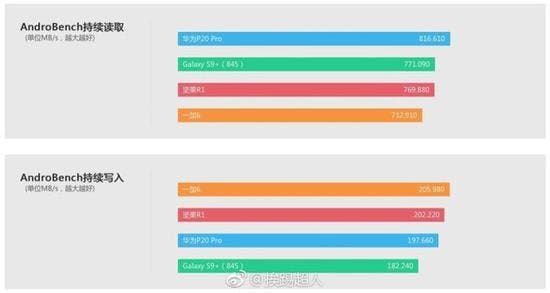 Next Exposed! Moto G6 Plus with Snapdragon 660 in the works